Pillip Donnelly shares with readers the experience of riding a 'Super VIP' bus through Chengdu, China.

Phillip Donnelly continues his observations in Saigon ... the markets, the museum, the luxury ...

Phillip Donnelly grew up in Dublin and currently lives in Vietnam. He has also lived in Barcelona, China, Moscow, Bangkok, Paris and elsewhere. He hopes to move to another planet at the earliest opportunity.

Phillip Donnelly takes us on tour with him, to Ho Chi Minh City, also known as ... Saigon.

Phillip Donnelly continues his examination of Ho Chi Minh City, looking both at the past and the future of the place remembered as "Saigon..."

Join Phillip Donnelly in his travel over Dublin's Liffey River.

A traveling itch invades, and drags Mr. Donnelly off to the Land of the Rising Sun. 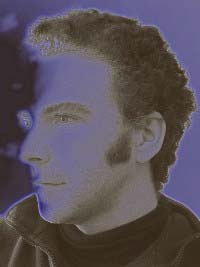 Phillip Donnelly was born in Birmingham but grew up in Dublin. After completing a psychology degree, he realised that he was profoundly misanthropic and set about travelling the world looking for aliens to take him to another planet.

Unable to speak any foreign languages and almost incapable of holding a conversation in his own, he decided to teach English as a foreign language because this was the only job that would allow him to travel widely without any marketable skills or noticeable intelligence.

He has unsuccessfully searched for life from outer space in classrooms in the following countries: Spain, China, Russia, Thailand, Hong Kong, Beirut, Dubai, Sri Lanka, Lebanon and France. He feels certain that a language classroom is the first place an alien would go to, English being the dominant international language on this planet but almost certainly unheard of on other worlds. In the future, he hopes to continue his search for alien life forms in different countries, and he would be most obliged if any aliens reading this work could spirit him off to an altogether more exotic planet in a more harmonious dimension.

He currently lives in Vietnam with his patient and long-suffering wife, but will soon relocate to destinations as yet unknown.

His hobbies include waiting for death and paying taxes, and he has also been known to read, swim and ride a bike, but never at the same time. He also enjoys making travel videos and posting them on You Tube.

He started writing three years ago and he has managed to write a couple of novels that he is quite pleased with (The Screen and Letters from the Ministry), but they have proven impossible to sell to publishers. About a dozen of his pieces have appeared online, however, mainly travel writing and short stories, and one of them, "The Interactive Classroom", won a Bewildering Stories' Mariner Award in 2010.

He is currently trying to sell his latest novella, Kev the Vampire, and working on travel writings on Vietnam.

More information is available at www.ministryfox.com.