Hang on to your luggage, you're in for the ride of your life ... 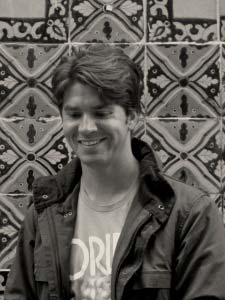 An ex-pat by happenstance, Michael has spent most of the last three years in and around Cologne, Germany. His non-fiction has been featured in a variety of publications including mental_floss and Americas.

Currently 70,000 words into a thriller set in the American Southwest, he's in the midst of wrapping it up and bringing it all together. He's always working on a handful of essays and short stories as well, nearly all of them inspired by his frequent travels.

Although he's considers himself a writer first, some of his photography has seen publication as well.

His Spanish is passable and his German, schrecklich.