Jay Sizemore has found a day job to be the enemy of imagination, but poverty is the cruelest of muses. He writes poems and stories while his wife sleeps and the cats try to figure out how to open doors.

An empty world, with striving for survival the only future. A dangerous world, with death lurking only two minutes away at every doorstep... 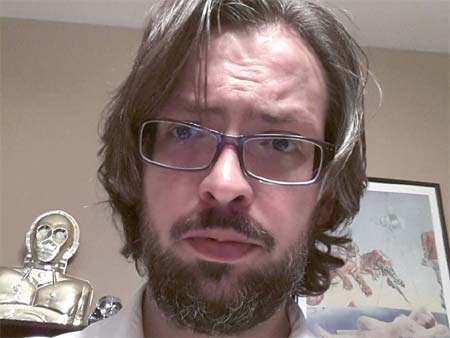 Jay Sizemore writes poetry and short fiction out of necessity. His attention span is too short to write novels (so far). Blame the internet. One day he will get enough steam to finish that first novel and stuff his mattress with all the rejection letters. Until then, you can find his shorter works in various online and print journals, such as OVS Magazine, DASH, Tongue, Red River Review, Toad, and Scholars and Rogues. Jay Sizemore never Googles himself out of fear of finding out he is someone else. He was born and raised in Kentucky, with bourbon in his blood, but he now lives in Tennessee, where they make whiskey out of jealousy. He lives with his wife and their three cats, the equivalent of one baby, until they have one.