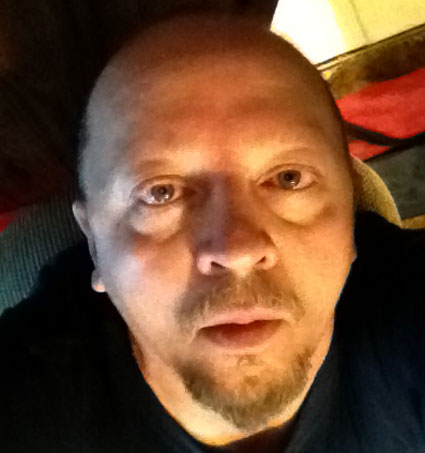 Dale Ashauer lives just east of East St. Louis, Illinois, with a menagerie of critters and one other human.

In his youth, he studied and taught broadcast writing and wrote many songs. An audio engineer by trade, he became interested in "cut-and-paste" methodology via the works of William S. Burroughs and David Bowie, and others.

Dale's earliest poems sprang from a method he called "browser poetry" that involves applying a pre-chosen math model for word selection to suggested links from a topical internet browser search; all filtered with scrupulous and creative editing.

He also writes pieces in his own words, but still finds that editing for concision (and a good non sequitur) brings him great joy and very short poems. Dale thinks that the abilities of the best songwriters are innate and that lyrical prosody is nearly impossible to teach to others.

Dale likes absurdist humor, jazz, pop and folk music and is particularly moved by The Grateful Dead. He frequently works with a writers collective who help each other edit and focus.