Moinak Dutta is presently engaged as a teacher of English in a government sponsored institution. Many of his poems and stories are published in national and international anthologies and magazines.

"...Their talks took them to different and varied things, almost as varied as life itself..." 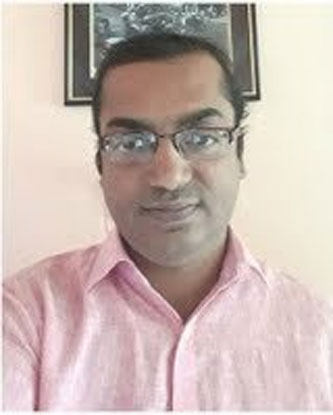 Written reviews of books and fictions, among which notable ones are : on ' The Upanisads ' ( translated by Valerie J. Roebuck) which can be found at www.blogapenguinindiaclassic.blogspot.com and the review of ' The Ballad of Bapu' ( written by Santosh Bakaya). Written some essays and articles on education and literature and other topics which had been published in both e- books/e - journals ( like Cafe Dissensus) and as printed books/ papers ( like one on ' Amalgamation of social media and literature: pros and cons, published by Viswa Bharati Research Centre and Sahitya Anand), ' Erothanatos' ( academic and literary journal), etc;

His first full length english( genre: literary/romance ) fiction Online@Offline' had been published in 2014, by Lifi Publications. His second fiction (genre: literary/quest) titled In search of la radice was published in 2017 by Xpress Publications. Also worked as an editor of a poetry collection titled ' Whispering Poeisis' , which had over one hundred poems from sixty poets from different parts of India and abroad, published in 2018 by Poeisis. Loves to do photography apart from listening to music and watching films and traveling.