Heavy metal lover and cricket tragic, D.A. Cairns lives on the south coast of New South Wales, Australia where he works as a freelance writer. 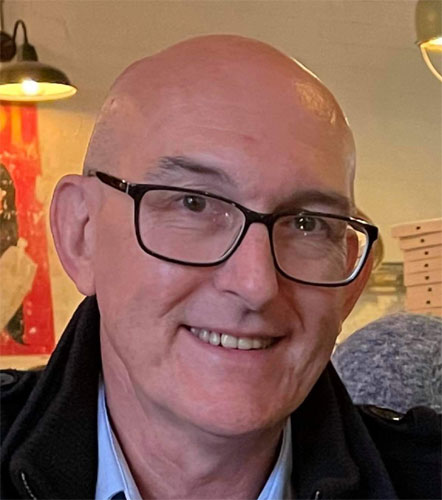 Heavy metal lover and cricket tragic, D.A. Cairns lives on the south coast of News South Wales where he works as a freelance writer. He has authored six novels and had over 80 of his short stories published, not including the anthology, The Devil Wears a Dressing Gown. I Used to be an Animal Lover is his first foray into book length non-fiction.

D.A.Cairns started writing when a friend of his gifted him an old 486 computer back in 1998. Having always been an avid reader who also loved writing stories, he took the gift as a sign to pursue writing as a hobby. Devoting as much spare time as he could find while working and/or studying full time and with a young family, he experimented with different genres, inspired by his own experiences and aspirations and those of others, as well as his writing heroes Stephen King and Bryce Courtenay.

In 2003, his view of himself as a hobby writer was reshaped when "A Place of Refuge" which is a story about a fly, a spider and a beetle who meet in a public toilet, was accepted for publication by The School Magazine. It was the first time, D.A. had been paid for his work, and with that payment came greater dreams.

A keen observer of human behaviour and a deep thinker, D.A.Cairns often reflects on life in his stories, examining human nature and exploring hypothetical ideas. The agony and the ecstasy, the struggles and the triumphs, the war between good and evil which rages inside the hearts of men and women. Whether it's a story about a gorilla raised by a man in a secret underground world, or the tale of man who is unable to control his passion, D.A.Cairns seamlessly blends fantasy and fact to deliver powerful, engaging and thought provoking entertainment.