Michael McLaughlin lives on the shores of Lake Chapala, Mexico, having escaped the United States in 2005 many years away from retirement. Since coming to magical Mexico his writing output has exploded (Wouldn't yours?) and he has been published in the Ojo Del Lago, The Barfing Frog, The Harrow, and New Graffiti. Currently he is with an improvisational comedy troupe called "Spanglish Imposition."

Michael McLaughlin continues to unveil the secrets of a successful retirement in Lake Chapala, Mexico.

The opinions expressed in the following articles reflect solely the views of the author and the reader should hold blameless this publication or any of its sponsors. No offense is intended to the peoples of Mexico, Canada or the United States of America. Likewise, no offense should be taken by the legal profession, auto repair shops, clothing manufacturers, the IRS, women's advocacy groups, children's self-esteem activists, The United States Immigration Service, Republicans and others mentioned in this article. Nevertheless, all is true and if you don't like it, write your own article.

Michael McLaughlin continues to give us the lowdown on how to approach retirement in Mexico ... this time on cars and people.

A horse patiently waits his rider to buy a beer in Guadalajara. 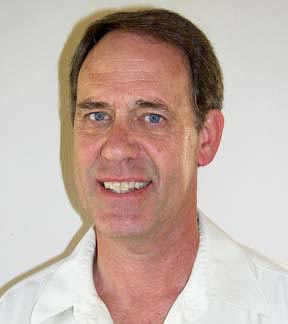 Michael escaped to Mexico from the United States on the 1st of April (really) 2005 with plenty of money. He settled on the shore of Lake Chapala, just south of Guadalajara. This region has the largest contingent of American and Canadian ex-pats in the world and has the world's best climate. Look it up. Of course, away from the clatter of life in the terror angst USA his creativity has blossomed and he has been or will be published in the Barfing Frog, The Harrow, New Graffiti, Ojo Del Lago and The New Yorker (OK, that one is still in doubt.) He presently is with an improvisational comedy troupe in Lake Chapala called the "Spanglish Imposition" the only English speaking troupe in Latin America. . He gives one on one writing seminars for women in romantic places around Mexico. He can be reached at micahelmcmex@yahoo.com. Please include bio and writing samples. Pictures optional.