What do mutated clams, Mrs. O'Leary's cow, druidism, and leprechauns have in common? They are all woven into Dan H. Woods's latest column about St. Patrick's Day.

Keep the money, Dan H. Woods says send lawyers, guns, and anti-venom in yet another column about the land down under.

Hey, who wouldn't want a clock that was always right, that you never have to wind, and with which you can make obscene calls?

Dan finds that New Zealanders are jealous of his fascination with Australia ... and proceeds to rectify the balance. Or is that "wreck-tify?"

Dan is currently living in France with his family and occasionally writes about his experiences there.

Now we know why Dan H. Woods is sleeping on the porch in a chaise lounge.

Learning a little French might be a good idea when reading advertisements in Paris -- otherwise you could end up with glace au poisson as your dessert.

Dan lives in France, and even the household appliances speak French to him.

Fine dining in France ranges from the sublime to the ... what on earth is that, anyway?

Now a brown velvet background with lots and lots of angels singing along with the King ... that could be priceless!

If there's one thing a humor columnist knows about -- yes, you guessed it -- it's toilet jokes.

Will he change after he's married? Followers of Feng Shui certainly hope so ...

It always pays to check your email -- something surprising may be in store for you!

Who are you going to believe? That ugly thing on the floor?

When it comes to carpentry, there's nothing Dan doesn't know about turning something into a repair project.

Dan H. Woods currently is in hiding in France, wearing a fake moustache and pretending his hobbies include woodworking and running marathons. At one time, Dan was also a Certified Beer Judge from the American Homebrewers Association. (It's good work if you can find it.)

A Mother's Day gift for your sweetie? Here's some timely advice...

But what if it was a big load of Elvis blankets? Or designer shoes?

Dan takes aim at our northern neighbor, Canada, and misses as usual.

This green cat graces the floor of a chateau in France.

Dan H. Woods takes us on a travel tour from his vacation in France. 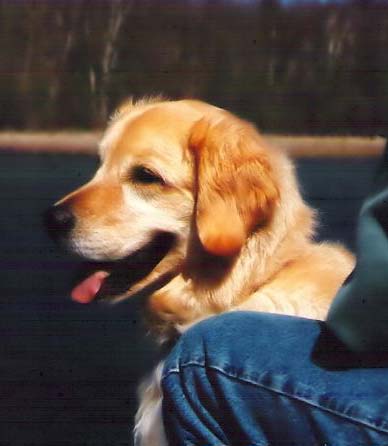 Dan H. Woods has recently moved to France with his wife, two sons, three cats, and a Golden Retriever.

His hobbies include woodworking and running marathons. At one time, Dan was also a Certified Beer Judge from the American Homebrewers Association. (It's good work if you can find it.)

Dan has lived at various times in Connecticut, Vermont, New York, Minnesota, Florida, and France. Dan is quick to point out that Minnesota is by far the coldest.