David Mink says of himself, "I have been writing for several years now. My grown up job is being a funeral director in Ventura County, CA. I have also written an unpublished novel, 'Funeral On The Beach' and am currently working on another novel as well as another short story. Funeral directing is a third career; I toiled in Television Animation for 16 years, working for studios such as Disney, Warner Brothers, Sony and Knowledge Adventure."

The revelation has been made, and humanity will change as a result. Not quite the way Orbis had hoped, but the road to successful enlightenment has more than one path ... 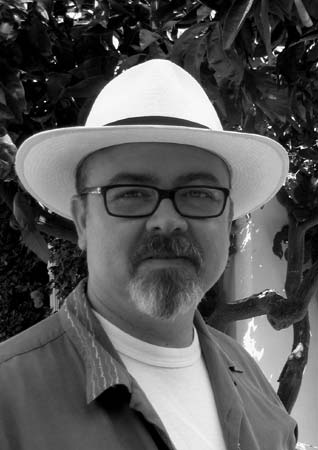 I worked in TV animation for 16 years, am the author of one novel, "Funeral On The Beach", a few short stories and the online comic strip "Dayday". Contributed a monthly column to the website www.laughingplace.com for 4 years. I left the industry in 2005 to pursue a second career in the exciting world of funeral service. A graduate of the California Institute of the Arts. I am currently working on a new novel, "The Aquinas Machine", and plotting the return of his comic strip, "Dayday" as a series of childrens books.

I also have a website for my writing: David Mink: the View Is Great from Here