Her life was one of service to others: service to survive, service of love. Sharina remembers her grandmother, and the promise she once made ...

Who are they and what do they really want? Gary Beck presents a novella about the 1% in The Big Apple that you don't know very well... (Part One of Ten)

The Enhanced Life Foundation does some interesting research involving blood -- which is not too unusual except that they are vampires. But someone is trying to destroy their research facilities. Maybe attacking vampires isn't the brightest thing to do...

A dark city, and a dark deed. But elsewhere, Marlene is shedding some light on her organization, and the light may be revealing something else...

A man has been murdered, and the crime is being twisted to more than one end...

Part Five. While the police try to track down a murderer, Marlene takes some steps on her own to investigate Jim...

There haven't been many leads to help solve the brazen murder, and Marlene has her mind on other things...and now so does Jim.

Jim can hardly stop thinking about Marlene, but the mystery surrounding her is about to deepen...

The music of this dark city is fading, and someone is going to have to pay the piper...

Conclusion. The Righteous Avengers will avenge no more, but working closely has had an effect on Marlene and Jim... 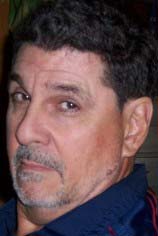 Gary Beck has spent most of his adult life as a theater director and worked as an art dealer when he couldn't earn a living in the theater. He has also been a tennis pro, a ditch digger and a salvage diver. His chapbook 'Remembrance' was published by Origami Condom Press and 'The Conquest of Somalia' was published by Cervena Barva Press. A collection of his poetry 'Days of Destruction' was published by Skive Press. His poetry collection 'Expectations' was published by Rogue Scholars Press. His original plays and translations of Moliere, Aristophanes and Sophocles have been produced Off Broadway and toured colleges and outdoor performance venues. He currently lives in New York City, where he's busy writing. His poetry and short stories have appeared in numerous literary magazines.