Barry Kirwan works in air traffic and nuclear power safety, and found non-fiction a lot easier to get published than fiction, but finally has his science fiction novel (The Eden Paradox) coming out as an ebook in Feb 2011 with publisher Ampichellis. This short story summarises what he wishes he'd known when starting out in fiction...

When you have someone willing to not only sell off the home planet, but also make family reunions into something even more than normally feared, you know hanging's too good for him ...

The clarity of the water is incredible, mezmerizing -- but within it, what can be seen of one's soul..?

It's hell being in Hell, and even if you know what the hell it really is, how the hell do you get out of there?

Death is in the air, in the great city above the clouds. But how will the enemy come to destroy it? And who is the real enemy, after all?

Traveling light is almost always best, especially when the baggage is your own culture ...

They were brought together to make the tough calls, to figure out the difficult solutions. It was their job. And when the job was done, they were paid according to their worth ...

Love, they say conquers all. It is no respecter of persons, even those with super powers. It seems that a broken heart may be more dangerous than kryptonite ...

You've met them before: those slimy power-mad lousy low-down good-for-nothing ... and you've worked for them too.

Water and air are separate environments -- unless some creature is willing to brave the surface tension between them ...

They say that if you don't dream, you go crazy. And yet here's a case where you dream and you think you're going crazy. Is it a lose-lose scenario, or a win-win? Or just crazy-crazy?

A beach of breathtaking splendor in the Seychelles Islands.

Unknown creatures in a strange environment, with their own sort of governance, their own peculiar habits -- the underwater reef is like another planet ...

Barry Kirwan shares some ideas about life after death in science fiction stories in this week's featured blog. 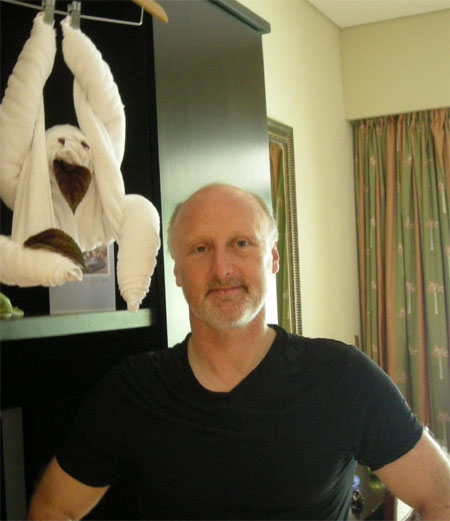 Barry Kirwan works in air traffic and nuclear power safety, and found non-fiction a lot easier to get published than fiction, but finally has his science fiction novel (The Eden Paradox) coming out as an ebook in Feb 2011 with publisher Ampichellis. The short story "Writerholics Anonymous" summarises what he wishes he'd known when starting out in fiction...

Barry was born in Farnborough, in the UK, home to a major international Air Show, so it's come full circle that he now works in air traffic safety, based in France, just outside Paris. He started writing fiction when at school, but got sidetracked for around 25 years with work, life, and everything, including getting four non-fiction books published. He then attended numerous writing classes and groups in Paris, and learned that fiction was actually harder to write well, and still harder to get published. But finally his SF ebook is coming out in the US in early 2011 (The Eden Paradox: publishers Ampichellis), and the sequel (Eden's Revenge) will follow later in the year. A couple of other SF short stories are appearing in February, one (Looking for Hell) in Piker Press. Barry's other interests are scuba diving, tai chi and yoga.