Christine Smith(McFarlane) writes about issues that will hopefully bring about awareness of what is happening with Canadian First Nations.

Cultural appropriation is the re-purposing of a concept from another cultural background -- often taken out of context.

Who has to prove their genetic identity?

A disproportionate number of Aboriginal women are missing or murdered. Isn't it time to find out why?

Returning to the grave subject of Missing and Murdered First Nation women, the book "Kwe: Standing with Our Sisters" is a compilation by dozens of acclaimed writers and artists.

The impact of national policy on education for aboriginal peoples.

"When Worldviews Collide." A look at the way First Nation peoples view their history and their origins.

Exploration in the New World by European nations was catastrophic for the indigenous peoples.

An examination of the basics of treaties between First Nations and the Crown.

A look at a government's attempt to change the culture of First Nations peoples by assimilation.

The mass adoption of First Nation children during the 1960s became known as the "Sixties Scoop" -- everyone needs to know about this and prevent it from happening ever again.

Stereotypes and misconceptions abound about First Nations peoples -- it's time to bring them to a halt.

Reflections on caring for yourself through the Medicine Wheel.

Aging Out of the Foster Care System: a story of trauma.

An examination of the historical document "They Came for the Children" produced by the Truth and Reconciliation Commission of Canada in regards to the purpose and effects of the Residential School system.

What is science, and who defines it? Does the definer define the definition?

A short piece of fiction that hits very close to home for First Nations people...

A childhood tragedy, a lost family...and a time of reunion all too short...

Author's note: In Canada, rates of violent crime are relatively low; murders and abductions generate significant media attention and mobilize impressive deployments of law enforcement agencies. However, the lack of inquiry into the disappearance of over 500 First Nations women remains a contentious issue between First Nations people and the Canadian government.

Do the dead know what we think of them?

Well worth keeping in mind... 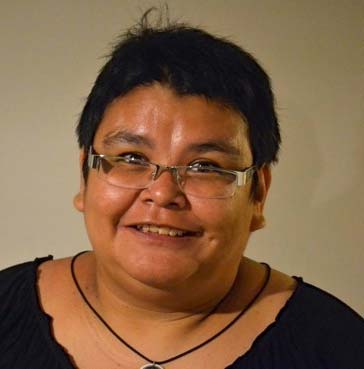 Christine McFarlane is a Canadian First Nations journalist and writer. She writes about issues that are the closest to her -- healing, inspiration, current events, and the political. She is currently working on her first memoir collection of short stories, which she hopes to have out in the next year. Besides her story "Choosing the Path to Healing" appearing in the 2006 anthology Growing Up Girl: An Anthology of Voices from Marginalized Spaces, Christine has also had creative non-fiction pieces titled "As A Child" and "Mother: An Essay" in Yellow Medicine Review in 2008,and in Yellow Medicine Review Spring 2011, a poem titled "I Remember" in xxx ndn, a book of poetry published by the Aboriginal Writers Collective of Manitoba, and a piece titled "A Legacy of Colonial Childcare" in Briarpatch Magazine. She has had a regular column in the Native Canadian newsletter, titled Life's Journey and freelances for Anishinabek News, New Tribe Magazine, First Nations House Magazine that is based out of First Nations House of the University of Toronto, Windspeaker, and is a contributing editor with Shameless Magazine and The Toronto Review of Books.