A vision of that all-consuming fire one experiences when they endure the inevitable heartbreak...

A beautiful view, rich furnishings...the house was everything a weary traveler could want, and the price was right -- or was it? 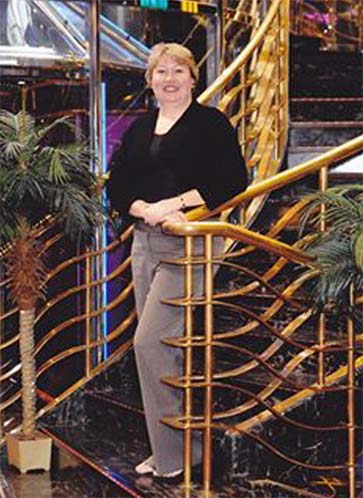 It wasn't until 2003 that Sandra Widner Burch picked up a pen to write poetry. For her, writing poetry was a means to release a whirlwind of emotions, immeasurable heartache, and to shed light on the often misunderstood Battered Spouse Syndrome. In 2008, she entered her poem "No More Fears" in a poetry contest where her poem won an Editor's Choice Award for Outstanding Achievement in Poetry and was published in Collected Whispers. Her poem "Sixteen Candles" advanced to the semi-final round of the National Amateur Poetry Competition and was published in Sunflowers & Seashells. In October of 2010, Sandra was the featured writer for River Writers Group. Other poems have been published in several print and online publications, including The Torrid Journal, The Firehouse Journal, Best New Poems and Patience & Grace, to name a few.