Some fathers lead by example — just not in the ways they expected.

A peaceful place, a place for pine and a clear blue sky to reflect in the lake.

A combination of verse and poetic prose, drawing both on Tolkien and a visit to the tropics.

Nine applicants from around the globe have come to test for their Shodan, first degree black belt. Forget what you see on television, this is what it's really about - hard work, discipline and community.

You get comfortable with the radio station you've listened to for years. The kind of music it plays becomes a part of you. Then -- WHAM! -- things change, and yes, it hurts!

The USS John Rodgers was assigned to drilling holes in the water in the Persian Gulf when a junior officer suddenly became seriously ill. The sight and sound of the "Desert Duck" was sheer beauty as it landed ...

I am officially a member of the International Poleholders' Union. Okay, so you haven't heard about this rather small and highly specialized organization. There aren't any great benefit packages and the pay scale is non-existent, but there is a certain amount of down right guts involved in the initiation process and the satisfaction of a job well done.

Hummingbird and birds of paradise at the Getty Museum, California, USA.

A superb vista of the Grand Canyon, Arizona, USA. 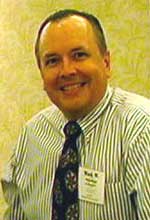 Mark is the father of twins and a jack-of-all trades, master of some, but has yet to figure out what he has mastered! He lives in SE Michigan and writes whenever he can for whatever he can as often as he can.