Just a little reminder this week ... be nice to your mother.

A lovely invitation to dine with Lord Patu -- but how could one have forgotten to inform one's wife that the host normally doesn't bother with the aggravation of clothing?

Hermann Potgieter's grandfather was a clever man as well as a great marathon runner, managing to win the Comrade's Marathon many times. However did he do it?

Author KK Brown brings an important lesson about writing and its consequences.

Mad Lord Patu of the Homemade Beer and Mbanje Reefers has an artificial leg. Most days, that's just about all he wears, so its origin was bound to come up in conversation sooner or later ...

'Death' should, in fact -- in most circumstances, at least -- be most studiously avoided. And this is more particularly so, when that Death relates to one's own person.

There's a lot of "fleecing" going on, but no one is going to get a warm pair of socks out of this incident ...

There was no excusing those disgusting young men and their outrageous stunt. Even Tiaan Bester could see the shame of the incident. Even Oom Paul Kruger from the old days would have agreed -- there was no way to describe the activity in the café after the rugby game as anything but disgraceful ...

In Zimbabwe, law books and facts are respected, and taken into serious consideration. But the Elders know that there is much more to justice than sentences written on paper by strangers who may or may not have ever tasted the satisfaction of curried goat.(Originally appeared 04-03-2006)

The Technique of Camouflage: The Zebra (2007-06-04) cover story short fiction

The nature photographer knows the importance of getting close to his subject in order to obtain the clearest, most natural picture. And it follows that the photographer must be a veritable genius at disguising himself and his equipment to be a success ...

No matter what turn fortune should take, no matter how successful one's enterprises should become, family is of utmost importance, and one's grandfather should always be honoured and cared for ...

He looked like Lee Marvin, but was the size of a pick-up truck, and he had a heart as cruel as a set of brass knuckles coming at you at 60 miles an hour -- and one day I just had to push my luck ...Originally appeared 2006-05-15.

It's not necessarily the words you say, it's how you say it -- and whether or not your listener has been trained to pay attention.

Even although Headman Chimumvuri was a well respected Elder, the rumours had started to circulate -- furtively -- among the good people of Chimumvuri Kraal, soon after Lindiwe Hove had first gone missing.

A certain look brings a flood of memories ... that Angel still has a way of making things happen ...

He needs to be able to move quickly, fire his weapon accurately, and know what to do when the battle is engaged. But sometimes the soldier is called to do none of those things -- and those days of warfare may seem the longest ...

Ah, Jannie Bez! That bulwark of helpfulness, that model soul of hospitality ...!

Why did 'Lord' Patu wear a .44 magnum revolver around the house? Why because he loves moles, of course. And why is the front of his chair cut up? Well, it has to do with how he dresses. Does any of that matter if the beer is good? (Originally appeared 2006-03-27)

In the end, she had always known that he would ...

And what will happen if the collective wisdom of the elders does not inform the sudden surge of Progress?

What price can you put on Wisdom?

She must have seen some redeeming quality in him, surely...

Lord Patu? In the hospital? Is he seriously injured? How did it happen? Will he be all right? Did he shoot anyone? Is his home-made beer safe?

KK Brown reminds readers that there are different ways of looking at how people of varied races interact with each other -- especially when hatred and fear are not on the agenda.

KK Brown trims a banana tree and finds a surprise: a dove's nest!

A thoughtful image of a wise man reminds us to try to avoid folly.

As he leaves his beloved Africa, KK Brown shares a thought from the heart.

"The final curse that Mwari gave, With broken heart, in granite cave..."

We can blame the wrecked Mercedes on the man in his underwear ...

The Covid-19 pandemic has made everyday life a challenge, but some things never change...

Armed robbery is something that happens to other people -- until it happens to you. Writer KK Brown finds out this truth the hard way. 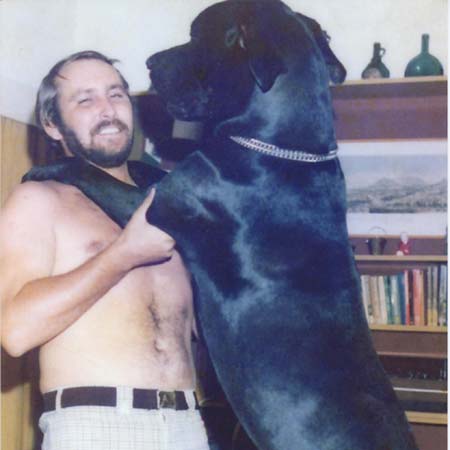 Colin (KK) Brown is currently holed up in South Africa, patiently awaiting Robert Mugabe's demise, so that he may return home to his beloved Zimbabwe. KK writes nonsense short stories, and is attempting to find someone foolish enough to publish his serious novel. (KK is a little unstable, mentally. (Ed.) )