Richard Voza ponders the popularity of F. Scott Fitzgerald's book, "The Great Gatsby" for the second time in twenty years.

Richard Voza reviews the books, "The Long Ball" by Tom Adelman and "The Big Bam" by Leigh Montville.

What are we teaching kids when they don't even know what it means to stand in the rain?

So you can walk and chew gum, right? Can you actually get the Edwards report done while you're drinking coffee and updating Facebook and talking to George about the Raiders game?

Sit up, pay attention, take notes! Time for a lesson in English ...

You don't have to be a psychic to be a professional psychic ...

A farm is lit by sunlight on Breakneck Road in Mullica Hill, New Jersey, USA.

A sky full of improbable and magnificent color.

A flag hangs from the porch of a country house on Mantua Pike, Mantua, New Jersey, USA.

A unique view from Epcot theme park, in the Walt Disney World Resort.

An abandoned tractor poses hopefully in the snow.

A poem for a cold night, promising warmth.

In this entry, Richard Voza shares some thoughts on the poem's journey with the poet. 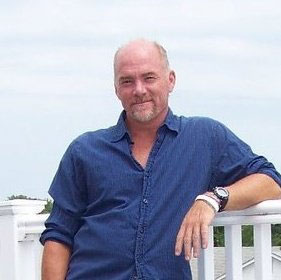 Richard Voza first gained interest in writing when a high school English teacher asked the class to write a story in the style of Edgar Allan Poe. His story was about a burglar who dies after getting stuck in a chimney during a robbery attempt. As his body burned, the fumes were inhaled by people in the house. Later, they begin to exhibit characteristics of his behavior.

He started college as an art major but took neither art nor anything else seriously. He thoroughly enjoyed a writing class just before being asked to leave the university. No, really. A brief stint driving a delivery truck convinced him to return to college, this time as a literature major. This time he actually showed up for most of his classes. He wrote sports and op/ed pieces for the college newspaper, edited the literary magazine, and won a poetry award in his senior year. He studied theater and education, graduating in '87 to begin his first of more than 20 years as a language arts teacher.

Like most writers, he has a collection of unpublished novels (because he hasn't yet tried) include Lizzie's Journal, The Curse, Kate's Dinosaur, Grandpa's Watch, and a collection of children's stories called The Tall Tales of Granpappy Mouthwash.

He has two daughters. The older one, about to finish high school, loves reading, writing, and photography and has contributed to Piker Press. The younger one is an actress and thoroughly adores being on stage. They've both been dancing since about 3-years old. He loves tennis, baseball, and the health benefits of red wine.

After more than 20 years of teaching, he's getting tired of the real world. He hopes to spend as much time as possible in his new beach condo where he can work on getting something published. He has several new story ideas that -- to him -- are very original and exciting. Good luck with that.