In the Southern Hemisphere, Summer arrives in December. December, the month of media hype about Santa Claus at the frozen North Pole. Oh, not so along the Orinoco River ... the River that might be mostly made up of the sweat of travelers at that time of year ...

Just a hike, one might think, until the air stops nourishing your lungs, and the cold gnaws at your arms and legs, and gravity whispers that just one wrong step will be your last...

On the mountain, you have nothing but what you can carry -- that which is essential. Is the burden heavier going up the trail, or coming down?

The states of Colorado, New Mexico, Arizona and Utah meet at the Four Corners Monument, but there is another quadripoint at which come together Time, Space, Heart, and Soul...

Shortoff Mountain in the Linville Gorge Wilderness Area (NC), after a fire had swept through.

A view of Mt. Washington from the Talus Loop of Mt. Si, in the Cascade Range of Washington, USA.

Talus Loop of Mt Si in the Cascades of Washington, USA.

A waterfall graces the forest along the Dosewallips Trail in the Olympic Mountains of Washington, USA.

Headlee Pass -- a study in talus.

A scene to make you want to snuggle up on the hearth at the lodge ... 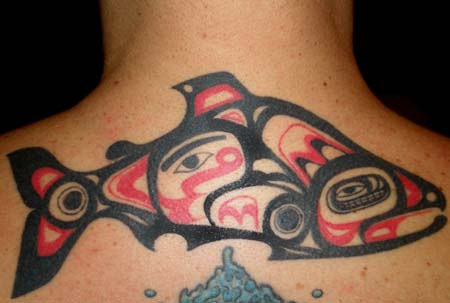 I have returned to my homeland of mountains with woods thick as hair and rivers choked pink with spawning salmon. Every waking minute in this fertile land is an inspiration to capture its essence.