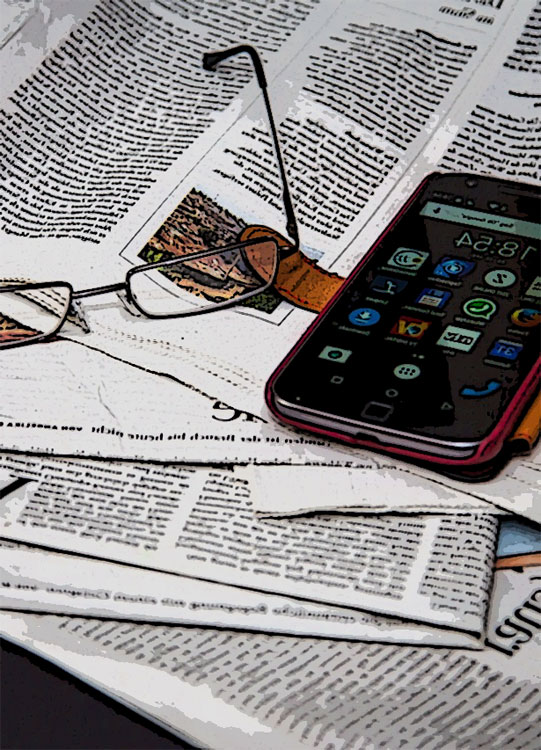 The Fabulous Jill H. White left us suddenly on Sunday, June 5. Everyone who knew her has lost a great deal, and she will be dearly missed. Jill will be remembered for her humor, her hats, her wit, and her warmth.

I wish I had known the Fabulous Jill H. White. I read her obituary in the Salt Lake Tribune while traveling to Utah on business, many years ago. The obituary was accompanied by a photo of Jill, a woman born just five years earlier than I. Short cropped brown hair, wispy bangs, wide smile, earrings that dangled below her chin. Jill was smiling as if the picture had been taken when she was on a lunch date with her fabulous women friends. The other women friends had marvelously leaned out of the frame to let the photographer focus on Jill, and it turned out a fitting picture to run with this obituary notice, showing her with warmth and sympathy.

I wish I’d been Jill’s college roommate, or perhaps just a girl from down the hall in the dorms. Jill, who brought “light and love” to those who knew her, would have taken me up as a cause. I was girl with an inferiority complex from a bland suburb, the sort of place that offers a very narrow future but congratulates itself for removing complications and distilling the remainder into suitable opportunities. I’d rebelled from that and figured out my college major simply because studying literature and theatre in high school had worked for me as a way of coping with the cliques and the jocks. That at least gave me a set of friends with the same sort of world view in danger of suffocating under plaid uniform skirts, ironed hair, and daily Mass.

But Jill would have introduced me more broadly to people at college. Not just my theater geek friends! She would have known student council members, and chemistry majors, and graduate students from the art department, and they all would have followed her anywhere. Jill “loved to travel and was always up for a new adventure, be it across the world or her own back yard.” She would have planned outings for big groups of us college kids, the kind where a car carries more passengers than it has seatbelts, and sparks spray from the tailpipe as it flints across a high curb. Or, instead of going on solitary strolls to the river that ran along the edge of town, where I’d sit in the shade of tall cottonwoods and wonder if I'd be late for work, I’d go there deliciously with Jill. She’d tell me the names of the plants and birds. She’d help me run lines for my Acting I class. Then we’d lie on our backs and hitch our futures to the topmost peaks of cumulous Midwestern clouds.

Jill would have generously let me teach her the modest list of things I knew. A few piano scales, a few guitar chords, a few dance steps, a few Latin incantations. She could have added those skills to her already fantastic cache of attributes. Jill was “active in countless organizations and was always there to offer her time, abilities, and talents.” She would have made another cause of me, and she would have done so with the graciousness of the truly unselfish, the truly good. She wouldn’t have been my friend because of anything I could have done for her, or even because taking up an emotional charity case such as me would have made her feel superior. Jill was "a helper and a healer, whose open heart, outgoing nature, and overwhelming generosity touched all of us.” Whoever wrote Jill’s obituary notice made her alive, even after her death. Jill gained at least one more friend and admirer the day the notice ran, because I count myself among those who say, “Goodbye to an amazing woman – we were blessed to have had her.”

I wonder if I briefly suspended anyone’s departure beyond the dark curtain of death during my time writing obituaries for a newspaper in the city where I was raised. That job was my first upon completing my master’s degree in English, and I moved back there to take it. The other choice was toll taker at the turnpike interchange a few miles from my college-town home. But the shift started at midnight, and I dreaded long winter nights alone in the wind and blowing snow, illuminated in my isolation by the neon white-green fluorescent light buzzing over my toll booth. Obituary writing seemed the better choice. At least it was writing, I told myself, though Jill might have suggested I wait for a better option.

I faced a few immediate shocks when I started the job. I found out I wasn’t going to be able to compose elegies at a yellow pad and type them up after multiple revisions to get the metaphors and voice just right. Instead, I’d have to clamp a phone receiver between ear and shoulder and type speedily and accurately on a computer keyboard while a funeral director dictated information about the deceased’s life history and final arrangements. I was also shocked to discover that having an advanced degree in literature was no predictor of whether or not I could write clearly and concisely. Turns out I couldn’t. Luckily for me, the third shock came as a balm for the second. The obituary information our newspaper printed was mostly composed of stock formulas and phrases built from the paper's house style and our editor's whims.

Like monkeys with a Lego set, my fellow obituary writers and I constructed lives for twenty or thirty deceased people a day based on information area funeral directors called in to our paper. Obituaries sometimes ran with a photo, usually hand-delivered to the newspaper office by a bereaved family member so it would arrive on time to appear in the paper the next morning. Sometimes the picture would show a person much younger than the 80- or 90-year-old described in the notice. Photos of people in World War II military uniforms, or beehive hairdos with horn-rimmed glasses, often decorated our pages. Families explained their choice of photo very simply. “It has been so long since dad/mother has been retired/ lived in the nursing home/moved away to Phoenix that no one here would recognize what he/she looked liked in recent years.” Obituary notices are for the readers, so if it would help the living jog its memory of the dead to see him in his Army uniform in a 50-year-old photograph, the policy of the newspaper was to run it.

Each deviation from the original prose dictated by the funeral director as transmitted directly by the family prompted concerned querying from the family member. And who can blame them? Who wants a loved one’s nickname to be omitted, or girlhood accomplishments dismissed? Who wants a loved one’s military heroism, volunteer service, satisfying and steady career, to be minimized into a few sentences? Who wouldn’t like to see the names of countless grandchildren, nieces and nephews, and longtime poker buddies listed in the paper, to be clipped out and saved in scrapbooks or journals, a tangible token that they once loved someone very much alive. The newspaper that ran Jill’s obituary had the right idea. It was short, but written with dignity and love, in a way that described the qualities about Jill that made her fabulous, and someone to be missed.

My own obituary’s content and style became a matter of interest for me as I approached 50. I suppose it is natural I’d think of such things, given my background as a former professional obituary writer. When I read the obituary about Jill H. White, I hoped I was half the woman she was, and half the friend, and half the inspiration for a fabulous sendoff. Another source of my preoccupation with obits is a memory of my parents, seated around the kitchen table reading the morning or evening paper, and recognizing names in the obituary column. When they talked about death notices, their voices were low but loud, like people in a rowboat on a vast still lake. “Oh look, Mattie Taylor died.” “Say, Lester McQuick from church died. He was only 50.” “Says here Anna Viveros died. Survived by three sons. I thought there were four. I wonder if something happened to that oldest boy, the one who went into the service.”

Like most children, I only had a vague idea about death, and the people they talked about were too old to be in my orbit. But now I find myself reading the obituaries, or at least scanning them, each day my local paper arrives. Sometimes I recognize the names, but even when I don’t I read them anyway. The history of my town and state is often included in those obits: what businesses existed when the person was first employed, what schools were open that have long since shut down, what farms and ranches were operating before being given over to dudes and corporations. These days when I read my small-town paper, I marvel that so few people list the cause of death. Unless someone undergoes a "courageous battle with cancer," the force that ended their life is never mentioned. However, their enshrinement among the angels and reunions with loved ones is clearly spelled out.

To this day, I continue to read the obituaries in newspapers when I travel out of town. That’s how I learned about the fabulous Jill H. White, after all. Now I’m giving serious thought to how I’ll want to be presented in print upon my demise. I want the obit to run it with my favorite photo of myself. Taken in the first grade by the school-picture photographer, my bangs self-cut, my eyes two blue robins eggs over a Jack O’ Lantern smile. I don’t look much like that now, and yet that photo shows me exactly as I am.

Born in a Catholic hospital now long torn down. Gemini. Three older siblings. Developed life-long fascination with bagpipes because a Scottish pipe band paraded past the hospital on the day of her birth, which was Decoration Day. She spent most of her life following her nose, doing what looked interesting and dropping it if it proved not to be. She didn’t like the slightly off center deep vertical crease between her eyebrows. It was formed by too many years of habitual squinting. She didn’t mind the little brown age spots that started appearing on her hands sometime after she turned 30. They evoked her mother’s hands, which had spots on them in almost the same places. She leaves a wonderful husband. She also leaves several ex-spouses and former mates who wonder what the hell happened. She leaves her unconceived children, Erin Marie and Brennan Jay. She leaves several neighbors who will no longer have their heavy, snow-covered newspapers tossed up toward their porches while she takes her early morning walks with the dog, and they snooze under down comforters. Much of the time she missed the porch and the paper wound up in the bushes, harder to reach than it would have been had she left it alone. Her parents taught her to be helpful. She’s left the life she loved, for now. She’s headed up to the stars, where she’ll see her parents and brother again, and her grandparents, and explorers Lewis and Clark, of whom she’s always been proud to be possibly but not for sure related. She’ll become buddies with Henry James and F. Scott Fitzgerald. But first, she’ll make a point to look up the Fabulous Jill H. White and set a date for lunch.

Those Were Our Trees