Geistmann 3: To the Ends of the Earth, Chapter Eleven 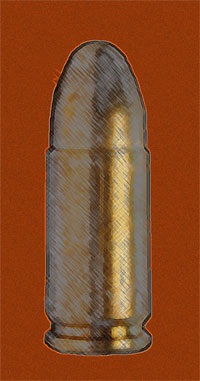 Twenty minutes later, Chen was still at her desk, sipping her still-warm coffee, and waiting for the patient to re-awaken. Suddenly, he was standing in front of her. Although still very pale, he seemed otherwise to be recovering.

"May I help myself?" he asked, gesturing to the coffee maker. Because she knew that he always did exactly as he pleased, she did not bother to give him permission, or even to instruct him to add plenty of milk and sugar. With a steaming mug in hand (black, no sugar), he took the patient's chair, across from hers, and launched into an unprompted summary of what had happened leading up to his being shot -- or, possibly, what he wanted her to think had happened.

"You see, Eileen, this started about two years ago, with two serious mistakes. The local Mob wanted an indebted Chinese restaurant owner -- in both senses, that is, a Chinese-Hawaiian who owned a chop-suey place -- murdered, as an example to anyone else who might consider balking at their usurious compound-interest rates." The raconteur smiled unpleasantly, giving her a chance to comment, which she did not do. He then continued.

"Like many Chinese, this man was a gambling addict. Having lost a fortune at Zheng Shangyou, over the years, and having borrowed un-repayable sums, he was drowning in debt. The Syndicate decided it was time to push him under."

As Chen knew, "Zheng Shangyou" was the name of a popular card name, translated as "Struggling Upstream." Chen was also aware of Geistmann's passion for puns. What surprised her was this already lengthy narrative, which showed no sign of ending, and which was so atypical of the narrator that it added to her sense that he might be concussed, or suffering from PTSD from the shoulder wound, or even losing his already-weak grip on reality. To hasten the narrative along, she allowed her mind to focus on these speculations, in hopes of subliminally communicating them.

The method seemed to work; Geistmann burst out laughing, "Oh, Chen," he said, "you're so obvious --obvious and devious. Okay, then, you win. I'll just summarize the rest. But, as you'll be able to infer, it will be your loss. The details are fascinating."

Chen knew better than to try more directly to tell him how to tell his story. As usual, it was Armande Molto's way, or the highway. (And, on Oahu, there were really only three, H-1, -2 and -3.)

"Anyway, as was their usual practice, the Syndicate decided to subcontract the job to a pair of mainland hit men, who could hit-and-run -- that is, fly out, immediately afterwards -- so that they, the Syndicate leaders, might avoid being arrested for the hit. But they, and the men they hired, each made one very stupid mistake, and these subsequently proved fatal.

"Since the Syndicate had failed to provide the hirelings with the victim's address, as soon as they landed on the island, the hit men looked him up in the Honolulu telephone directory. Imagine! For business reasons, the intended victim had assumed a fairly common American name that was close to his original, Chinese one: 'Frank Long,' for 'Feng Wong.' So the hit men went to the listed address and, when Mr. Long opened the door, they shot him -- two taps, as usual -- in the face.

"Unluckily for them, the man they had mistakenly murdered was an old friend of mine, a retired U.S. Marine with whom I had worked on several extra-mural projects."

"So it became personal, for you."

"It always is." He paused for a beat, presumably to convey a subliminal warning that she must never betray him. "So I tracked down the hit men, and 'hit' them -also two taps. Apiece.

"As I mentioned, that took place about two years ago. But, thinking it was now safe to return to the island, and having some personal business here, I foolishly underestimated the Syndicate's appetite for revenge, that dish best eaten cold (a notable mot, coined by the prolific Anon). But, today, they made another mistake: just one tap, and not fatal."

"Maybe, they didn't mean to kill you, Armande," Chen suggested. "Have you thought of that? Maybe, it was just a warning for you to get out of Dodge."

"Hmm, perhaps." Had he really not thought of the possibility? Unlikely.

But the doctor's thoughts were already elsewhere. Belatedly, she was worried about sepsis. So, accompanying the patient back to the examination room, she had him sit on the table again, and began to disinfect the wound. From long experience, she realized this could be a good opportunity to extract further confidences, to build upon Geistmann's newfound garrulousness.

"I keep forgetting to ask you something, Armande.Wasn't that you who planted the IED alongside POTUS'S motorcade last year?

"Me? No, no, that must have been some other handkerchief head!" He winked. "You know, Eileen, I may never live down the Toularelle execution fifteen years ago in Paris! Since 1995, every remote killing --every IED, every long-distance shot -- at every well-known public figure, in every country on earth, must have been the work of that dastardly Manong Armande Molto. Just because my parents came from Algeria! Am I really so unoriginal? Ever since the French finally caught Ramirez Sanchez -- Carlos, 'the jackal' -- every bomber or shooter must be Molto."

Chen was almost finished dressing the wound. She slowed down so he would tell her more.

"Conversely, my actual enterprises seem much too professional to be the work of some little-known, lone-wolf agent. The African Cartel? 'Ooh, that must have been masterminded by The Crowbar, or by Executive Outcomes, by Mike Hoare, Bob Denard, Simon Mann, or Tom Wolermans. Hell, maybe it was Clearchus of Sparta, or Memnon of Rhodes!

"No, if anything, the South African bastards were my opposition, the Cartel's muscle! Slime moulds like them are not called "soldiers of fortune" for nothing. They never work for free!" He concluded the monologue by bursting into an obscure song: " 'Never'? 'Well, almost never!' "

Chen felt more certain than before that this anomalous blabbing must be the product of PTSD -- of shock. If so, she wondered when it would finally wear off. How many hours ago had he been shot? She realized that she had failed to ask him this basic question.

Before she could, however, Geistmann finally wound up his story, narrative, harangue -- whatever it was. "Have you seen my recent bank statements, Chen? I'm not just losing blood. What with the cost of my ... operations. plus keeping my family ... in a safe haven, I'm bleeding red ink." With that peroration, he finally fell silent.

"Well, well," she thought, "we both must be getting old. Both of us are becoming careless, and Mr. Molto, at least, garrulous. Boo, hoo! Self-pity, too. Perhaps I'm witnessing -- and experiencing -- the onset of terminal marble loss." Speaking of which, to her mortification, she realized that she had forgotten to finish treating the gunshot wound.

Without bothering to administer even a local anesthetic, since prior experience indicated that Armande's pain threshold was off the charts, she probed the wound for cloth or other debris. Luckily, it was a clean wound. She left him sitting shirtless, on the end of the table, while she walked over to the supply closet to get some gauze pads and adhesive.

Thirty seconds later, when she turned around, Geistmann, aka Armande Molto, had disappeared. Checking the corner chair, under which she had placed his running shoes so she would not trip on them, she saw that they, too, were gone. She ran back to her office and looked from the front window down onto the street. It was still almost full daylight. Halfway down the block, wearing his dark suit-pants, the colorful running shoes, and the light-blue scrub top, Armande was jogging north on King Street, toward the intersection of H-1 with H-201, the Moanalua Freeway.

Since he was nothing, if not courteous, Chen anticipated a text at any moment. As she stood at the window waiting for the tone to sound on her phone, which sat on the desk five feet away, she reviewed the short form of their violent, monotonous history:

abrasions from "an accident"
knife wound in abdomen ("Don't ask what I did to them")
gunshot #1
"thank-you" dinner (candlelight, steak, Hawaiian dancers) ...
gunshot #4
and this evening, gunshot, #5

When the predictable text arrived, Chen read it. Then, she turned off the lights, locked herself out of the office, and hurried around the corner to King Street, where she turned left, and, only a few doorways down, reached Sing Ron, her favorite noodle restaurant. This time, as she walked through the unassuming entrance, and Mr. Sing bowed her toward her favorite, back-corner table, Chen hoped he was not a gambler.