Geistmann 3: To the Ends of the Earth, Chapter Seventeen 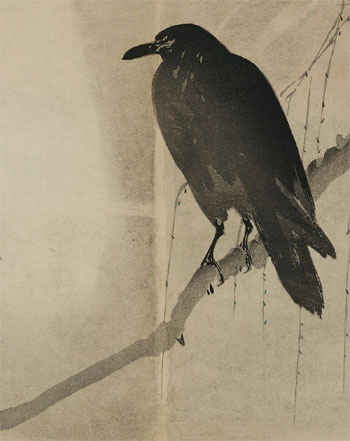 "It is amazing the damage is not worse," said the young Intensive Care physician, holding up the MRI of Geistmann's head so that Fred Neugeborn could see it. "There is concussion, of course, but ... " The doctor's nametag read, "Federico Rossi, M.D." He spoke excellent English.

"How severe?" The Director's concern was how soon Geistmann could be moved. The underlying goal was to get him our of harm's way, to a location secure from both the people who were apparently trying to kill him, and from the bumbling of the Bureau's Italian counterparts, which could wind up finishing the job.

"Moderate," said the doctor, pushing his glasses back up his nose. He stared at the American lawman in his wrinkled dark suit, then added, "Grade 3, because he lost consciousness. If you are very careful, Signior, you could possibly move him as early as tomorrow, but ... "

"Of course," Neugeborn again interrupted. "Thank you, Dottore. I assume you're a busy man, so I won't take up any more of your time."

With a small bow, the doctor left the room. He was annoyed by the American assumption that everyone was always in a hurry. This, despite the fact that the dottore really was in a hurry, being one of only three physicians on call this evening, in the busy emergency facility of the excellent Ospitale di Castello.

"Why isn't he dead?" Neugeborn asked Bob Martinez, the Bureau's head techie, who had been standing silently on the other side of Geistmann's bed. Martinez was a short, wiry agent of Mexican extraction, whereas Neugeborn was a tall, still slender, light-skinned African-American. They were both in their early forties.

"Three reasons I can think of, so far." Martinez ticked them off on his fingers. "The car is -- was -- very solid. The device didn't contain enough explosive to kill him. And Monterchi is only ten kilometers from Castillo, so the medics were able to get him here fast. Those are just guesses, of course. When I go through the wreckage tomorrow, I'll know more. Oh, one other guess: the ignition switch was probably the trigger."

"Thanks, Bob," Neugeborn said. "So. Let's get the show on the road!" He punched a number into his phone. "Pietro? Fred. We'll need an ambulance with a driver, ASAP. Back it up to the ER ramp, please! Bob Martinez and I will be escorting the stretcher. And tell the crew not to forget his duffel bag. We'll bring it down."

He closed the call and glanced at the green bag, which was in a corner, dusty and scuffed, but intact. He wondered what was inside, but vestigial respect for an injured person's privacy kept him from checking. He did lift it, however. It was heavy, perhaps sixty or seventy pounds.

Then, he punched in another number, that of John Rocker, recently promoted Agent-in-Charge for Western Europe. As Director of the FBI's VICAP unit (Violent Criminal Apprehension Program), Neugeborn was Rocker's superior.

"John, Fred. For your ears only. They didn't mean to kill him this time, either. A third notice." He listened to the reply. "I agree, four may be his unlucky number. If Scott Peters happens to ask, tell him that ... to the best of our knowledge, Geistmann is dead. Oh, and make sure Fedoruk knows the real situation. He should steer clear of John Robinson, since we no longer need John's help locating Geistmann."

Neugeborn closed the phone again, sat down at a table near a window, and began typing on his laptop. While he waited for the ambulance, he would start to bring the Geistmann file up-to-date -- the "need-to-know" file.

Martinez cleared his throat. "If we're done here, Fred, I'll run down to the garage and wait for the ambulance." Neugeborn nodded, and, with a brisk salute, Martinez left the room.

"The key question," Neugeborn wrote, "is 'Why?' Why have they missed him three times, all within the last eight days? And another key question: "Who's calling the shots?"

The answer to the Special Agent's second question was a Japanese businessman whom everyone referred to as "Yurei," or "ghost." This man, whose first name was Harito, was the oyabun [leader] of the Tagaguchi-gumi yakuza, one of the world's largest criminal organizations. They currently controlled, among many sub-groups, the African Cartel, the Chinese-Hawaiian Syndicate, the Eastern European human-trafficking mob, and the money-laundering operations of all of the above. Yurei-san, a powerfully built man of seventy, was missing two joints on his left pinkie, for reasons lost in the mists of crime.

Over the last decade, Yurei had felt pressured by changes in Japanese law enforcement to make changes in his own operations. In the past, yakuza had operated in the open, more or less. Within limits, they were seen as part of the way business was done in Japan. Many oyabun handed out business cards, and advertised their services, such as the provision of "credit," in the newspapers.

Around 2010, this policy of tolerance began to give way to stricter enforcement, causing the yakuza to lower their pubic profile, which led, in turn, to the erosion of profits: if you could not advertise, you could not attract customers. The Japanese law code was also changed so that it now punished not just the rank-and-file, but their hitherto immune, even respected, leadership, the oyabun.

Many yakuza were quick to adapt to these changes. Codes of honor and restrictions on criminal activities eroded. Drug dealing, fraud, armed robbery, cybercrime, even incursion into nuclear facilities, all increased, as the former ways of making money [Shinogi] were cut off.

At first, some members of the old guard, like Yurei, resisted these changes. If both the younger criminals and the Japanese forces of law-and-order were abandoning the concept of Heiko [balance, or equilibrium], traditionalists like Yurei tried to maintain it. After all, Heiko was essential to the maintenance of Wa [harmony], without which Japan would not be Japan. As, one by one, his peers fell by the wayside, this one yakuza, at least, still understood his duty to the nation.

But, as the second decade of the new millennium wore on, and the yoke of enforcement tightened, even Yurei realized that, unless he adapted, the pre-eminence of the Tagaguchi-gumi would soon end. Accordingly, between 2016 and 2018, he expanded his international operations. He did so both to work under looser jurisdictions and to sustain his income stream.

In recent months, however, Yurei's dislike of some of the more extreme violence of the new groups he nominally controlled was growing: he felt the need to rein in the more flagrant forms of mayhem. But he soon found, alas, that he lacked the energy to do so. He realized that, in order to survive, the organization needed an infusion of "new blood."

Why had Yurei-san not ordered his functionaries to kill the person known as "Geistmann"? After all, this anarchist had been completely cavalier about disrupting operations supposedly sheltered under the Tagaguchi-gumi umbrella. Acting as if he enjoyed divine impunity, the man had robbed Yurei's Florentine bank, murdered his top Moldovan associate, and so on. Of course, the desperado had committed the Moldovan murder, and some of the other acts, more than five years ago, but Yurei realized that his rivals might still exploit these acts as indications of Tagaguchi-Yumi weakness. So the oyabun took on the responsibility of blood revenge for the dead men's Onryo [vengeful spirit]. What was more, their spirits, the yurei, were his namesakes!

There were also good reasons Yurei-san had not yet ordered Geistmann's death. They included the oyabun's strong feeling of kinship with this man who was, after all, another namesake. So, instead of killing him, he had arranged to have him injured, three times in eight days. The far-flung venues had been Hawaii, Bosnia, and Italy. The purpose of these attacks was to erode Geistmann's sense of invincibility. Very soon, Yurei hoped, they would persuade the man to attend a meeting, after which he could possibly be persuaded to join the Tagaguchi-gumi.

For Geistmann was on Yurei's short list for the new position of Second-in-Command. Whoever was chosen would become the oyabun's de facto successor. Of course, accepting the position would also put the killer under Yurei's control. The three near-deaths had been staged, at considerable expense of time and money, in order to persuade Geistmann to abandon his lone-wolf ways. If he ignored the threats, or refused the offer, Yurei would go on to Plan B. He always had a Plan B.

From what he knew about Geistmann, the oyabun judged him to possess singular qualifications. His resume, which balanced witty pranks with lethal mayhem, was lengthy. He was obviously intelligent and ruthless, conversant with the ways of the new cyber-world, and a practitioner of a strict code of honor. However, since the job candidate was also a Saikopasu, with a notable love of Fukushu [revenge], the attacks could conceivably backfire. Yurei knew that Geistmann had a record of turning against his erstwhile masters. This meant that any future relationship would require absolute vigilance and ironclad security. But these should not be a problem, for the oyabun prided himself on the best security apparatus in all of Japan, including that of the Keisatsu-Cho, the national law-enforcement agency.

Before reaching out to Geistmann, however, Yurei had several urgent pieces of business to address. His Australian real-estate manager had been remiss about payments, and needed an appropriate reminder. Recent financial reports from sarakin [loan sharks] in London had also been unacceptably vague. And there was that serious matter of the murdered police officer in Singapore. Since the man had long been a thorn in his side, Yurei knew that, unless he could identify the actual culprits, and finger them for the Singapore Armed Forces Military Police Command, suspicions would continue to focus on the Tagaguchi-Gumi. These suspicions were already disrupting the normally very lucrative Singapore trade, which was based principally upon import and export "taxes."

On and on, the "to-do" list went! Yes, at seventy, it was high time for Yurei-san to look for a successor. Which brought him back to his namesake, Monsieur Geistmann, who was only fifty -- too old, perhaps, for active operations, but the perfect age for Upper Management.