Geistmann 3: To the Ends of the Earth, Chapter Twenty-three 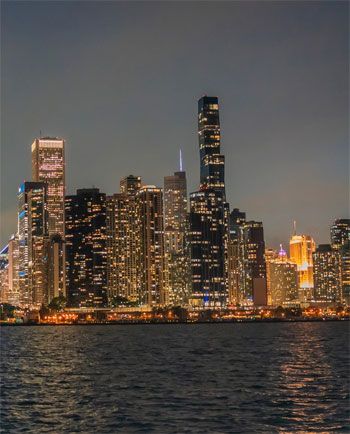 Having just murdered Kaito, the bodyguard of the oyabun, Harito Yurei, Geistmann knew he must disappear as quickly as possible. Sitting on a bench on a sidewalk next to the empty golf course, he ate the last of the "gorp" that had seen him through the day, washing it down with bottled water. At his side was the ubiquitous green duffel. He considered his options.

Since, as far as he knew, communications with his techie, Samir Gupta, were secure, and since he had not been in contact with Elica or Iosub since their relocation from Hawaii, Geistmann decided that a visit to his family in the small city of Asheville, North Carolina, might be his best bet. Of course, the idea rested upon his total confidence in Samir. And, also of course, he would have to exercise extreme caution, to make sure he did not lead a powerful enemy to his wife and son. Geistmann knew enough about the yakuza to be aware of their penchant for "tit-for-tat" killings, but he was unsure whether the old stricture against killing an enemy's family members still applied, in the new "Wild East."

Geistmann's method of killing the oyabun's bodyguard had been the garotte, a dramatic technique he had learned in the Foreign Legion during the early 1990's, and had last used on a coal company executive in Arizona, in 2008. He assumed that Yumei would prepare a similarly garish response, and that Takaguchi-Gumi spotters would already be watching the Chicago airports, as well as the bus and train stations. He therefore determined to travel by car. This would give him time to relax, to enjoy the scenery, and to have the time and solitude in which to plot his next moves.

He realized that Samir might not know whether Yurei and his associates, or Geistmann's other enemies, could possibly trace him to Asheville. These were so numerous, and their connections, so complex, that Geistmann, himself, had no idea if Asheville would be a danger zone. Googling "Japanese in Asheville," he predictably found a number of retaurants. There were probably a few other Japanese business people and professors there, as well, which could mean ... hmm.

This line of thought led to the unprofitable conclusion that no place on Earth might be safe. Oh, well, he had never been what the shrinks call "risk-averse." And what did economists call people like him, "risk tolerant?" Ha! Geistmann understood that a more accurate term was "madcap hotdog!" "What," he wondered (with a nod to the inner nag), "do you call an aging risk-taker?" The answer was disquieting: "a corpse."

He would begin the trip by renting a car. Even this detail required careful planning, for he realized he should avoid using a pseudonym that might offer a scent to pursuing hounds. This meant eschewing the names for "ghost," in any language. Neither molto, nor fantome, konpaku, rei, bourei, yurei (ha!), youma, ogo-suto, etc.

Neither should he summon another kind of ghost, by borrowing the name of one of his many victims, from over the years. Now that was tempting! To channel, as it were, someone he had himself seen off to the spirit world, such as the minerals magnate, Gordon Billings ("Bill Gordon"), or the pharma tycoon, Orville Johnson ("Jonathan Orr.")

Most tempting of all would have been his primal victim, and part-namesake, Armande Toularelle. But even "Hirondelle" was too dangerous for his inner safety monitor to "swallow." "Discipline, Geistmann!" he admonished himself.

At that point, the crank broke in again, as if he could stand no more of this nonsense. "Let's move it, Armande, shall we?" he sneered. "No more stalling! And no more sitting there gloating about your past successes!"

That did it! "Anthony Cooper:" the name popped into his head from nowhere. Minus the conspicuous middle name, "Ashley," Geistmann would borrow the name of the first Earl of Shaftesbury. Like the borrower, the 17th-century nobleman had been a virtuoso: politician, warrior, entrepreneur, statesman, and champion of religious tolerance. As if that were not enough, the man had begun life as an orphan, which, in a sense, Geistmann had always considered himself to be.

The next question was where to rent the car. At that point, he realized that remaining so close to the place where his rendez-vous with the oyabun had not occurred might be imprudent. Checking his phone, he saw that he had already been idlng on this bench for thirty minutes. Rising to his feet, and hefting the duffel, he put the empty gorp package into a pocket of his ski vest, glugged the rest of the water, and tossed the empty, anonymous bottle over the tall hurricane fence onto a fairway, where he assumed some golfer who shared his respect for the environment would bend to pick it up. Then, he jogged south on North Intel Boulevard, knowing there was a public bus stop half a mile ahead. The bus would carry him to Evanston, a nearby northeastern suburb, where he would rent the car.

Luck was with him. He had just reached the stop, and was catching his breath, when an old-fashioned green and white bus pulled in. Coughing twice into an elbow to hide his face, he paid the fare by swiping the VENTRA pass he had bought at Union Station the previous day. He took a seat across from the rear exit of the almost-empty bus, and plopped the duffel down beside him. As he began the half-hour ride that would carry him to Evanston, he looked at his phone again: 15:48. Two hours of daylight remained. Flat, mediocre light! Chicago was no match for cities like Venice or New York.

The old bus tooled along, passing most of the stops, where no one was waiting, and picking up only a few passengers. These were mostly"people of color," who looked to be construction workers, housekeepers, and so on, but not one of whom was Asian. Geistmann sat back and considered his final planning question; what route should he take from Chicago to Asheville, the route that would best combine scenery with security?

He opened his phone once again, and began to read about routes suggested by travel services and previous travelers. Almost immediately, he found what he was looking for: of all things, an itinerary for drivers with pets! This would be a perfect red herring, for not even the devious mind of Yurei-san would think Geistmann would pursue a route whose principal feature was frequent stops where the traveler could provide his beloved canine companion with timely opportunities to refresh and to relieve him (or her, or it) self!

In point of fact, Geistmann was pet neutral. If a dog were smart and independent enough to leave him alone, he would tolerate it. Anything else would get an admonitory nudge from a toe, and persistence would trigger a mildly painful kick. If anything, Geistmann subscribed to the dictum of classic American comedian, W.C. Fields, who famously opined that "a man who hates dogs and children can't be all bad." Except, of course, Geistmann knew that he was "all bad" -- or mostly.