Geistmann 3: To the Ends of the Earth, Chapter Sixteen 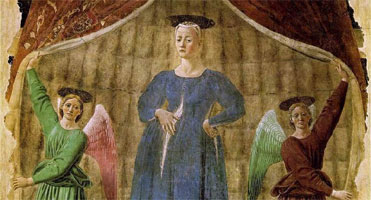 It took Samir Gupta, a stereotypically accomplished Indian-Canadian computer whiz, about twenty hours to do his principal employer's bidding. When several Google searches had yielded the necessary information, at 5 a.m. on Monday morning, Samir sent a long reply to Geistmann's text of two days before. He hoped the man would appreciate his promptitude, which had cost him a full day's work and half a night's sleep. Samir's text read:

I think I have found the perfect place for your family. Although there are significant Moldovan populations in several North-American cities, including Quebec, Ontario, New York, and Washington, D.C., I suggest a smaller, lesser-known city, Asheville, North Carolina. Besides its lovely mountainous location, which has prompted many affluent Americans to retire there in recent years, given our needs, Asheville has several more specific attractions. First, it is not a city that immediately comes to mind when one thinks of hiding places (despite the fact that it is home to a U.S. Witness Protection Program office). Second, there are several hundred people in Asheville of Moldovan extraction, the adults working predominantly in mills and in the construction industries. Since there are also numerous Social Service agencies in this progressive-minded city, which offer good job opportunities, Elica's experience and the fact that she is a polyglot, suggest that she would easily find an attractive position here. As for Iosub, since his grades at UH have been excellent, he could presumably transfer credits to the UNC branch in Asheville. One offering for upper-classmen in his major, History, which I found listed in that institution's catalog, might be particularly appealing to him. Taught by a professor whose family name implies Slavic-Germanic origin, the course is called Race, Nationality, and Genocide in Modern European History. [Here, Samir's self-satisfaction prompted the indulgence of a single facetious remark.] Perhaps, sir, they would invite you to appear as a guest lecturer.

Geistmann, who read Samir's long text over a post-prandial espresso in Monterchi, was faintly amused by the closing joke. The contents of the text seemed satisfactory. He would, of course, check the facts, and would also try to ascertain that no Eastern European predators had followed the hard-working immigrants to this small city in western North Carolina.

It occurred to him that he might well enjoy visiting that part of the U.S., himself. In addition to the opportunity to reconnoiter, he estimated that Shenandoah National Park, where he had carried out a highly amusing car-bomb operation in 2008, could not be more than a six-hour drive from Asheville. His mental map told him that the drive would be particularly rich in American scenery. A pastoral excursion to anticipate!

The lunch had been delicious. Samir's message served, so to speak, as a second fare la scarpetta, which he washed down with a Digestivo. When he paid the bill, then pretended to be too full to rise to his feet, the proprietor and his family laughed as if they had never seen the jest before. In fact, Geistmann had performed this act of homage on his last three trips to the restaurant, spread over two decades.

The name of the establishment was Senza Cura, which meant "without care," but Geistmann took it to mean "without cure," a reference to the weight he knew he gained each time he consumed one of the four-course lunches. Although he had eaten pasta in perhaps a dozen countries, nothing could match the indigenous variety. As he had read, the secret was in the soil, which gave Italian wheat its unique texture and flavor.

Thirty minutes later, as he stood in the Museum gazing at Piero's iconic Madonna del Parto, by holding his hand against his bloated stomach Geistmann unconsciously assumed the pose of the central figure. Even the queasy facial expression of the Virgin, who might have been suffering from morning sickness, was mirrored by his expression.

Several of his fellow viewers looked askance at the mimic, who appeared not to be sufficiently reverent in the presence of this great masterpiece of the early Renaissance. But one man, who looked to be a northern European tourist, seemed more bemused than disapproving. Chancing to meet the man's eye, Geistmann was startled. It was the Danish mercenary he had shot dead two days before, at the Lodge on Boracko Lake. The Dane showed no sign of recognition. What could have happened? Had he been wearing some type of body armor? Trying not to betray how shocked he was, Geistmann hurried from the small museum. The Dane did not follow him.

The rain had stopped, by now, and the cool air was refreshing. Shaking off his sense of alarm, Geistmann jogged back to the car, which was parked on the outskirts of town. By the time he had checked the trunk, and found the bag and its contents untouched, he had a new idea. This man's hair had been longer than the other one's, and he was a bit more heavily built. Was he the dead man's brother, perhaps even a twin? If so, he was presumably tracking Geistmann, who must demonstrate that this was not a good idea. He would drive straight to the Museum, leave the car at the curb, and confront the double --lethally. But, when he turned the key to start the engine, the beautiful little sports car exploded.