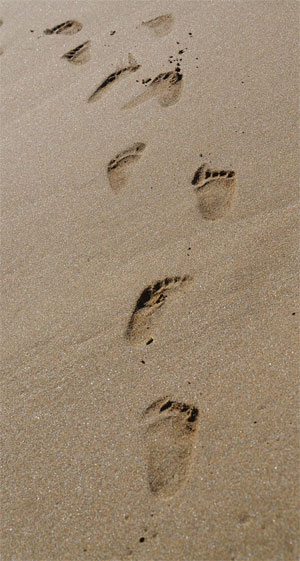 Over the next week, Robinson persevered in his efforts to date and authenticate a slew of manuscripts from medieval kingdoms of the Sahel. For many hours, he might as well have been back in the Rare Book Room at Columbia. In his breaks from work, he explored the streets of the city, careful not to wander into any dark alleys or cul de sacs, or to walk beneath the ubiquitous scaffolding that proclaimed Cape Town's membership in the Global League of Gentrification (GLOG).

Always proactive, Robinson also continued trying to uncover the identity of his presumed nemeses. To this end, with the help of Peter Neugeborn, through whom he had access to the FBI's compendious Geistmann archives, Robinson attempted to create preliminary profiles of Iosub Ceban and Samir Gupta.

Regarding the latter, Bob Martinez's staff had now pretty much determined that there had been ten or twelve communications with Piet Dykstra, via the Mumbai oranges that were part of the global dark web. As of yet, however, CCTF had not been able to decipher any of these messages. Nor, apparently, had anyone unearthed the details of Samir's early life or of the years since he had worked for Geistmann.

Robinson's profile of Iosub Ceban was informed by several documents Neugeborn shared with him. These included copies of Iosub's birth certificate, his secondary-school and college transcripts, a DNA sample from Geistmann's corpse, and two other DNA samples, those of Iosub and his mother, taken in 2008, when they had been in Sweden's Witness Protection program.

The three DNA samples yielded a startling revelation that became the linchpin of Robinson 's draft profile. By Thursday, May 15, he was able to forward the draft to Pablo Markowitz and Sandy Podgorny:

Psycho-biography: Born in Tiraspol, Transnistria (or, more formally, the Pridnestrovian Moldavian Republic), on Mar. 30, 2000, the circumstances of Iosub Ceban's birth saw him grow up with his presumptive father mostly absent (cf. Geistmann's own angry, prosperous, overbearing father). Iosub's mother, Elica Ceban, was a kind, virtuous worry-wart and feminist/activist. In Moldova, she worked for the Centrul de prevenire a traficului de femei, a social agency that assisted battered and exploited women (like G's own mother, a battered, alcoholic wife, who either committed suicide, or was murdered by her abusive husband).

The "family romance fantasy": In actuality, Iosub Ceban was very likely the product of a liaison between Elica and an anonymous Moldovan, by whom she may have been raped, shortly before Geistmann slew the dragon (Donduceni) and married the maiden (Elica). Iosub spent his childhood in Chisinau with his mother, who was essentially a single parent, and with occasional visits from her ignorant husband, who contributed generously to their support.

Was Elica Ceban the one who planted the seeds in the boy of what Freud and Otto Rank have called "the "family romance fantasy"? This fantasy substitutes an idealized hero (Geistmann) for an inadequate father/husband (the Moldovan).

To avoid possible blowback from his murder of Donduceni, G's contributions to the family included paying the salary of a live-in bodyguard. Probably because Elica was ashamed, having seized the opportunity to marry G. in 1999, she never told Iosub the truth about the identity of his biological father. Thus, Iosub grew up with a real mother and a fantasy father.

Since, in those years, Elica Ceban was also occupied with demanding professional duties, during his first years, Iosub was frequently left in the care of the live-in bodyguard. At three or four, he was sent to a very good pre-k-12th grade International school, like the one Geistmann had attended, in France, except that Iosub continued to live at home. Shadowed everywhere by the bodyguard, with whom he bonded, to a degree, and whom he identified with Geistmann, Iosub's was an isolated childhood. The boy's isolation was increased by his ineptitude at sports and his slowness to trust teachers or peers.

In 2008, Iosub's young life was traumatically disrupted, when the Donduceni mob took him and his mother hostage, as a means to capture Geistmann. During this episode, the faithful bodyguard was rendered a cripple, and the end joint of Iosub's left little finger was chopped off with a cleaver. After their rescue, Iosub and Elica were relocated to the Witness Protection Program in Sweden, where his mother's NGO had an office.

Since the curriculum at "Johan Claesson's" expensive Stockholm secondary school mixed various educational models, leading up to the Cambridge Advanced Program, and since Johan was fairly diligent, although by no means bright, by the time he completed the first year of the program, at age fourteen, he was on his way to becoming what could charitably be called "an educated person." He did not share with his peers any interest whatsoever in computers, or in social media. His highest grade that year (and thereafter) was a B- in something called "Cultural Studies." Otherwise, Johan consistently received a "gentleman's grade" of C (although he did not belong to that social caste).

Perhaps in reaction to his own father's severity, Geistmann was surprisingly tolerant of the boy's mediocrity. In the middle of that first year of secondary school, 2013-14, as a reward for having achieved passing grades in all of his classes, Geistmann invited Johan and Elin to South Africa. As usual, what Geistmann was doing there was never explained to the boy, even if his mother knew. Unfortunately, the vacation turned into another nightmare, when she and Johan were once again kidnapped, this time by an African cartel that was among his father's legion of enemies. Again, Geistmann quickly and violently freed the boy and his mother, this time with the assistance of Dr. John Robinson, whom Geistmann referred to as "my clever American friend, the librarian."

After several further kidnapping attempts, the father judged that his wife and son were obviously still unsafe. Accordingly, between 2017 and 2022, they were relocated three more times. Sent first to the Big Island of Hawaii, then to cities in the states of North Carolina and Maine, they now became "Ellie and Joe Clark." Despite his limited abilities, starting at age nineteen, Joe matriculated at universities in all three states. At some point, he apparently developed a mild, unexpected interest in political history, but he never received a college degree.

Since part of the family romance fantasy is that the hero's exploits entail travel to new cities and lands, Iosub's peregrinations may have fed into the fantasy. The mythic hero fulfils his quest in distant places: Odysseus and Aeneas, Beethoven and Brahms (who both "conquered" Vienna), and so forth. In this and other respects, G. and his step-son can both be said to have experienced family romance fantasies (although Iosub's was by no means heroic).

The f.r.f. also, of course, features dramatic violence. By the time he reached the age of twenty, having been kidnapped twice, having had a joint of a finger chopped off, and having fled from pillar to post, Joe Clark must have been determined to lash out at a world in which he saw himself as having been treated as a bit of flotsam. When he made the acquaintance of Geistmann's factotum, Samir Gupta, Joe may have confided these feelings to Samir, who may have responded with sympathy, even as he exploited them.

In sum, the first two-and-a-half decades of Iosub Ceban's life culminated in a plot that combined a family romance fantasy with copycatting the crimes of his imagined father, but limited by lack of imagination, a trait possibly inherited from his biological father.

As part of this plot, Iosub Ceban's recent reinvention as "Geistmann Redux" has carried him to Cape Town, South Africa, where he has established something like a friendship with Samir Gupta, who left Vancouver in 2019, and thereafter, as far as is known, has essentially been a nomad.