Geistmann 3: To the Ends of the Earth, Chapter Twenty-eight 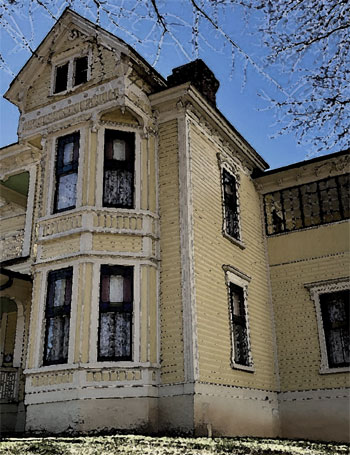 Forcing his thoughts to move beyond these trivial lucubrations, he reviewed the website's Calendar of Events for February and March. Most important, under today, Saturday, March 9th, his was the only listing:


A native of Lynchburg, Virginia, Mr. Thomas is renowned for his cover versions of songs by beloved American artists, such as Charlie Monroe, Lester Flatt, Hank Williams, Paul Robeson, and the Mormon Tabernacle Choir.

By now, the cursor had moved a third of the way up from the public art site; he was right on schedule. He returned to the calendar to check the list of events that preceded and followed his, the motive being to see whether they augured well, or poorly. Geistmann realized that, as he grew older, he seemed to believe more and more in omens. He understood that this change was probably a foolish need to replace his diminishing powers with chance. His inner voice did not approve: "Oh, no, Armande! You used to despise idiots who relied on prayer or chance."

There were only three other events listed for all of February and March. Two were readings of Wolfe's short stories, including one of Geistmann's favorites, "Only the Dead Know Brooklyn." (Had he ever murdered anyone in, or even from, that borough? Not that he could recall.) The fourth event had taken place on February 15th. This was the annual celebration of the birthday of Wolfe's mother, Julia. Geistmann visualized eight or ten distant relatives and die-hard senior visitors gathered around a table. After a few hoary anecdotes about how Miss Julia had restored the family fortunes, they would blow out the candles on a cake that Geistmann would have found inedible -- much too rich and sweet. He hoped his own event would attract a crowd about twice the size of the one that had turned out for Miss Julia's party. If it became necessary, twenty or so would provide just enough "cover" for him to push through, without being blocked or shot.

Geistmann silently added to the calendar what must have been the most notable event in the history of the building. On Wednesday, March 10th, 1948, when it was a private sanitarium called the Highland Hospital, fire had broken out. The most famous of the nine fatalities was the widowed Zelda Fitzgerald, who had been sedated in her room, awaiting electric shock treatment for schizophrenia. Geistmann was glad to see that the Memorial Site did not commemorate this sad event, at least not this year. Whether or not the inner nag would object, he could not help thinking that such a commemoration, a single day after his own visit, would have been a most inauspicious coincidence.

With that thought, he caught sight of his destination. He approached the historic site from a small side street, which met North Market from the west. The building was as big a disaster as its pictures had suggested: an ungainly pile of add-ons, at odd angles to the original, which had been a small, undistinguished clapboard house. If, instead of white, they had painted each add-on a different, clashing color, the total effect could not have been uglier.

Extracting only the guitar and pick, and his straw Stetson, Geistmann hid the duffel in the bushes alongside the house. Then, he retreated down the side street, cut back over to North Market, and approached the manse a second time, this time ambling up to the front entrance. Three at a time, he climbed the shallow steps to the verandah where, doffing his hat, he presented Jeff Thomas' driver's license to the pleasant-faced matron who was (wo)manning the ticket table. Since it was now 2:59, she looked relieved to see him.

As soon as he stepped inside, Geistmann realized it had been a serious mistake -- possibly fatal -- to come to this place today, and to enter without his weapons. For he immediately saw that none of the numerous security guards were the usual nerds or duffers. No, they were all dangerous-looking men in dark suits, with identifiable bulges in their jackets. He also noted that, although he did not recognize them individually, five of these men were Asian, ten or eleven had the look of the Bureau, and the others wore the shiny suit and three-day shadow of European thugs. The pleasant-faced ticket seller had been a decoy.

For a moment, he thought of trying to bull-rush his way back out of the building, and trying to get to his guns and other weapons. He wondered if he could use the ceramic guitar as a club. But he calculated that he would either be shot or overpowered before he could reach the verandah, or even wield the guitar. So he kept moving forward, still trying to calculate if there was any way to escape from the trap his foes had set.

"Cut the crap, Armande," the hectoring voice intruded. "You're toast!" Rat-like, the spirit then disappeared forever, floating through a closed window, "laughing all the way."

From Video #5, he knew that the building's side and rear entrances -- exits, now -- were at distances which the number of guards also precluded his reaching. But Geistmann would not give in so easily. After all, how many times in his life had he extricated himself from equally daunting situations? Ah, to be twenty again! Not only would he have had a fighting chance, no matter the number of his antagonists. He would probably not have made the miscalculation about the weapons. Of course, he also realized that, when he was twenty, he never resorted to automatic machine pistols. Numchucks, yes; throwing stars, yes; but not lethal fusils.