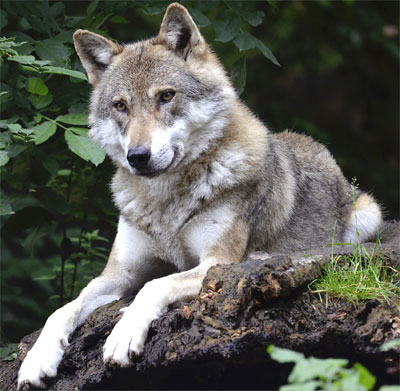 By the time he finished skimming Sandy Podgorny's message, Robinson had a strong sense of deja vu all over again. Meanwhile, Bob Martinez and Mitsuko Yamamoto had alerted their CCTF (Cybercrimes Task Force) Agents-in-Place. On Thursday, May 15th, Bob and Missy forwarded copies of several surveillance tapes to Fred Neugeborn, who watched them with interest.

Harito "Harry" Yurei was out on the links of Kobe 's Masahiro Ozaki Golf Club. With a backdrop of lovely rolling hills, he was playing the premium course as part of a foursome. The others were a second oyabun, from a sub-group of the Takaguchi-Gumi, and two local tycoons, one a woman. All four wore the trademark yellow golf caps of the course's eponymous champion. At eighty-three, Yurei-san was the oldest of the four by almost a decade, but his seniority and still-excellent putting and wedge shots kept the others from mocking his puny drives, which rarely exceeded 135 yards.

Back in the Clubhouse lounge, Yurei's second-in-command, his kohun, was enjoying a tall G&T that looked like mostly "T," as he attended to his master's interests. Working on a large laptop, the lieutenant was drafting responses to emails from several T-Y affiliates. These included legitimate businesses (automobile and electronics dealerships, and a newly formed mega-partnership preparing prototypes of electric vehicles, for 2027 release). The non-legitimate enterprises were primarily in the areas of loansharking and "labor importation." As he drafted the emails, the kohun saved them in a file, for his master to sign off on, after he had completed his round, showered, and enjoyed a meal with his co-players.

Correspondence was only half of the duties of the kohun, by name Yakahiro Koyobashi. He worked on a split screen, the other half of which was filled with up-to-the-minute stock listings in the energy sector. The continued volatility of these stocks, caused primarily by the latest Covid wave, and by Russia's invasion of Ukraine, made Koyobashi responsible for the complex task of adding and subtracting energy futures to and from his master's portfolio. The skilled kohun fully merited his generous stipend, the amount of which Bob Martinez's Agent-in-place had previously ascertained.

At another table in the large, luxurious lounge of the golf club, the CCTF's AIP, a young, slim Japanese man, wearing a black suit and thin black tie, was also hard at work. Martinez's man was using a tablet equipped with the FBI's newly developed A/Panoptes surveillance gadgetry to "share" both sides of Koyobashi's screen. The Agent was simultaneously transmitting translated copies of these images to Fred Neugeborn's own laptop in the FBIs basement office in Cape Town. Like the Phantom/Pegasus phone-tapping system, the A/Panoptes device was untraceable.

After fifteen or twenty minutes of harvesting the fruits of the Kobe eavesdropping, Fred sent a succinct email to Robinson's secure desktop in the UCT library: Harry Y. otherwise occupied, John. We should rule him out.

The CCTF surveillants in Moldova faced a far more formidable task than did their Japanese counterpart. The Bureau had allocated two technicians to the Moldovan team, in a FEEBle attempt to cover the multifarious criminal enterprises in which the Donduceni mob was currently engaged. But, even using the new split-screen A/Panoptes devices, the two agents were able to cover only four operations at a time.

The first spotter was working at a small table in a hotel lobby. He was watching thugs in two separate rooms in the same hotel, which was located in Moldova's second city, Basarabeasca, on the southeastern border with Ukraine. In these rooms, the two thugs were separately "breaking in" an underaged girl and boy.

That both victims were Ukrainians whose families had fled the Russian invasion of their homeland allowed the thugs to multi-task, in a sense. The breaking in of children before sending them on to sex work in rich European countries was a traditional Donduceni enterprise but, in this case, the victims' nationality created a second, political motive.

Although the CCTF watcher was a hardened professional, he was still disgusted by the brutality he witnessed. Since his A/Panoptes equipment had excellent sound reception, he heard every one of the children's screams, as well as the grunts and laughter of their tormentors.

Had the Agent been provided with more context for his task, he might have known that the thugs' extraordinary brutality was occasioned, in part, by haste, which was, in turn, the result of both supply (many thousands of desperate Ukrainian families) and demand. (Rich-world pedophiles were always on the lookout for "fresh meat.") The usual strictures against disfigurement were complicated by the large quotas the thugs raced to fill.

The second CCTF surveillant was at work in the capital, Chisinau. The command center of the Donduceni crime syndicate occupied a large villa abutting Rascani Park. The CCTF technician had set up shop at a Cafe-Terrace inside this park.

The two-sided screen of the technician's device enabled him simultaneously to eavesdrop on a meeting of the capos in a board room dominated by an elongated conference table, and on a smaller room into which were crowded about a dozen digital money-counting machines. The capos at the long table were discussing a routine matter, the liquidation of a cheating under-boss.

The counting operation was more interesting. The Agent's experience surveilling Nevada casinos and his access to up-to-the-minute currency conversion tables meant he was able to estimate that the moneys being fed through each machine amounted to almost $U.S. 1 million every ten minutes. He presumed that dollar-to-cryptocurrency conversion was a separate operation.

Like the two feeds from the Kobe golf course, those from the Moldovan hotel and villa were simultaneously translated in Quantico, Virginia. The English version was forwarded immediately to Fred Neugeborn, in Cape Town. After watching as much of the Moldovan tapes as he could stand (six or seven minutes' worth), Neugeborn shot a second secure email to John Robinson: Nix for the Moldovans, John. Too busy making too much money.

Neugeborn considered forwarding the Basarabeasca and Chisinau tapes to the Bureau's Moldovan office, but decided against the idea. Presumably, Diodur Fedoruk's team already knew about this stuff, and were doing their best to stem the tsunami of new criminal opportunities resulting from the twin plagues of Covid and Putin.

A few minutes later, Fred sent John a third email, the subject of which was:

Re: PAC, Bob has yet to set up dataveillance operations in Addis, Lagos, Nairobi, Johannesburg, etc. Main cause of the delay is that PAC's techies seem to stay a step ahead of ours. No dice, either, for our dataveillance attempts at geo-fencing, data aggregation ops, etc. Bob is working 24/7 on the problem.

You can forget Diodur, John. He's back in Moldova fighting the bad guys (and still feeding at Uncle's trough).

"Poor Diodur!" Robinson thought. "With a dog in the unequal Moldovan death match, the Ukrainian policeman must be running around like (to change the animal) a headless chicken."

Dykstra is more interesting. Although he's still locked up in Florence (Colorado, not Italy), and his communications are closely bugged, we think that at least one text has slipped past us. All Bob can figure out was that it/they went from the prison to a dark site in Mumbai that sounds like a hackers' nest.

Chew all that over, John, and let's get together. Tomorrow at 0900 okay? My place? I'll spring for some Koeksisters. (Traditional, okay?)

Robinson was aware that koeksisters were a kind of South African doughnut. He replied immediately, agreeing to the meeting and the doughnuts, and suggesting that Fred add Bob Martinez and possibly his assistant, Mitsuko Yamamoto, to the invitation list.

Robinson mentally noted that the meeting would be taking place on Friday, May 16, which meant he would have reached almost the midway point toward Judy's ultimatum. In another back corner of his brain, he envisioned a tall pile of manuscripts awaiting him in Dr. RAM's office, down the hall.

Not to worry! It was barely four p.m., still on the 15th. Elbows cradled behind his head, he leaned back in his desk chair and returned to the business at hand. The first item on tomorrow's agenda should be Piet's un-intercepted email. Hmm, Mumbai ... Next, his thoughts turned to the Pan-African Cartel. Hoping to confirm Bob Martinez's judgment that the PAC's technicians were too skilful for the FBI to surveille, he thought of his friend, the Nigerian policeman, Festus Oluyemi Fakile. FOF was now an officer in his country's Economic and Financial Crimes Commission (EFCC).

Consulting the contact folder on his laptop, Robinson found a current email address (fof@efcc.nigeriangov), and, switching to the secure desktop machine, sent off a query. After only a few minutes, FOF replied. (Robinson knew the man was sensitive to jokes about "Nigerian Time.") As anticipated, the reply opened with formal greetings:

Robinson realized they had not been in touch since their exchange of greetings, also via email, on the occasion of John and Judy's marriage, in Mali, in 2013. FOF did not even know of the existence of George and Amy. His greeting to Judy reawakened Robinson's anxiety that time was growing short. This concern provoked a wayward impulse to keep moving, to follow the bread crumbs, whether or not they led him back to New York. He read on:

Your info is correct, John. We, too, have been thwarted in our ongoing pursuit of the Cartel by the tricks of various denizens of the dark web, such as my own country's "Google Boys," best known for their 419 scams. In fact, since we last met, similar groups have proliferated in many African countries. 1As for your specific questions about the counterfeit old book and bank robberies, neither seems likely. The PAC leadership has been reconstituted, and the new villains don't seem to have long memories. ("Once around the goldfish bowl ... ") 1Besides, they are very busy these days. To them, "Covid 19 = opportunity." Without going into the disgusting tricks the pandemic has spawned in Africa—counterfeit vaccines, brokerage of humanitarian aid— U.S.$20 mill. would only be what you Yanks call "chump change," for the Cartel.

But when will I see you and your lovely wife, John? You could be Nigeria's first tourists in over five years! Be well, my friend.
(signed) Yours, FOF.

FOF's message confirmed much of what Robinson had already concluded. Rather than any criminal syndicate, the forgery/robbery concatenation must be the work of a lone wolf (or pair). To track the likely individuals, he should pursue the profiling already begun, the method that had first put him onto Geistmann's trail, in 2008. As he had, then, he would continue to partner with Fred and Pablo Markowitz, but now they could add Sandy Podgorny.

Since, after all, avengers were often relatives, he returned to the question of whether the Bureau had kept the samples of Geistmann's DNA that Mauro Baltazar's crew had drawn from the corpse in Asheville, in 2019. (He made a note to check, asap.) His final thought was quixotic: perhaps, Judy could be lured into accompanying him on what he anticipated would be a new round of investigative travels.

With a feeling of progress, Robinson locked the door of Room 237, and walked down the hall to find out what new tasks RAM had set for him.