Geistmann 3: To the Ends of the Earth, Chapter Twelve 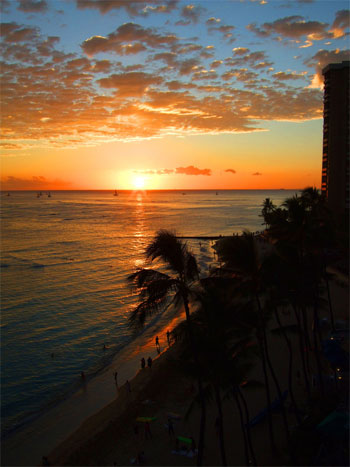 Just before midnight, as he was restlessly pacing the living room in the cottage, and wondering where and how Geistmann was, Robinson received a text. After some bland reassurances, Geistmann asked him to leave the duffel bag -- minus the gun and other weapons, which he could either discard or hold for him -- at Luggage Solutions, Terminal 1, in the Airport , and to text him the number and combination of the locker. The text ended, as follows:

Robinson decided to do as he was told, wit>hout replying to the text. He removed the pistol and foldable rifle, the numchucks, etc., from the duffel. Since he did not expect Geistmann to risk contacting him anytime soon, he planned to dispose of the weapons. After breakfast the next morning, he put all them into a large garbage bag, which he stowed in a back corner of the garage. "What else is in the duffel bag?" he wondered. But he did not look, because he was did not want to violate Geistmann's trust. Besides, the madman might have set traps -- hairs, and such -- which would indicate that Robinson had rummaged through the bag. Then, he packed a lunch for Judy and the children. Assuring her he would return within an hour or two, after "an errand" -- i.e., he would not fly away to Europe just yet -- he saw the family off in the rental car, for another day at the beach.

Taxiing to the airport, Robinson easily located the Luggage Solutions desk. He paid for a week's storage, and (surprised at the lax post-9/11 security) stowed the bag in a locker. Still inside Terminal 1, he texted the locker and combination numbers to Geistmann. While he was there, Robinson made several reservations, through a booking agency, to the possibly relevant European cities and, just to be sure, to airports in Micronesia, Melanesia, Australia, New Zealand, and on into Southeast Asia. These reservations, eleven, in all, maxed out his credit cards.

Taxiing back to the cottage, he arrived at 11:30. Intending to throw the bag with the weapons into a nearby bay that night, he left the garbage bag where it was, for now. Then, he unlocked the front door, and making as much noise as possible, stomped into the cottage. His plan was to do some further research that might narrow the possibilities of where Geistmann had been since 2013, and what he had been doing. But no sooner had he booted up his laptop than he felt tired and hungry. Since he had sent Judy and the children off with enough lunch for ten, he changed into his bathing suit, and walked the quarter mile to the public beach. His assumption that she would choose a spot near the one the day before proved correct. Soon, he was sinking his teeth into a favorite sandwich, the CBLT (chicken, bacon, lettuce and tomato), on wheat toast.

When the family got back to the cottage, in late afternoon, Judy carried the sleeping Amy inside, while George manfully wrestled with the cold box. John drove the rented car around to the garage, unlocked the door, and went inside to check the garbage bag. It was gone. This changed everything. Parking the car, he texted the news to Geistmann, and ran back to the cottage. By then, Judy had awakened Amy and, with George's "help," was starting dinner. Since Robinson did not want to talk about the missing weapons in front of the children, he waited. When they had eaten, Judy put the children to bed while he loaded the dishwasher. As soon as they were settled down in the living room, he told her about the missing bag.

"Taken from the locked garage?" she said. "That sounds like your friend."

"But why?" Robinson explained that Geistmann had told him to discard the weapons.

Judy was not convinced. "Who knows? Maybe, he intended to fly out, but changed his mind. Maybe, his weapons' supplier just died, or he's short of money. Or maybe this was his way to make the Syndicate think he would fly out."

"More likely, it was the Syndicate that took the weapons, as a warning to me to stop helping him."

The discussion was interrupted by Robinson's phone, which signalled receipt of a new text. As expected, Geistmann's message either answered their question, or pretended to. The message was succinct:

It was them, John. Get out of Dodge –pronto!

The Robinsons agreed that their best course would be to take the warning at face value. John tried to persuade Judy to curtail the vacation and to "go someplace safe" -- with the children, of course.

He pondered the question, then texted it to Geistmann, and received an immediate reply.

Ths led Robinson to to infer that "Yap" was one of the places Geistmann and his family were not. The suggestion also made both Micronesia and Melanesia unlikely. Weighing the options for a few more moments, he suggested Australia to Judy -- Canberra, where her cousin Edith lived. He could go, too, after all, with her and the children. As for the return to New York, they could discuss that later. Judy did not object. Since their phones were not secure, they decided to wait until their arrival in Canberra to contact Edith.

Robinson's immediate goal was to avoid danger to his family. The search for Geistmann's 2013 trail from Chisinau could wait. The answer to the question of what the madman had done to whom might give Robinson a sense of who among the FBI crowd were now Geistmann's friends, and who, his enemies. And that, after all, had been his starting point, after Fedoruk's visit to Yerevan, which he realized had taken place only five weeks ago.

When he called the booking agency to cancel ten of the eleven reservations, Robinson was glad he had booked through a reliable third-party service, and had paid extra for the "Flex Fares" option. This foresight allowed him to avoid the hassles of trying to get his money back without paying the hidden penalties (even though he was cancelling within 24 hours of booking). The Robinsons would not yet be bleeding red ink.