Geistmann 3: To the Ends of the Earth, Chapter Twenty-five 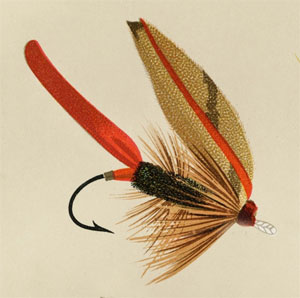 This was Judy's reaction when John told her he had just been recruited by Fred Neugeborn. They were home alone, for a change. George and Amy were at their pre-school, Judy was working remotely on plans for a conference, and John had taken advantage of a break in his schedule to come home for lunch and, perhaps, an afternoon snuggle. (He had eaten the lunch, but she was too busy and then, too angry, for the snuggle.)

Robinson had taken the call from Fred in his study. The Director had opened the conversation by summarizing the basics of the operation he and Johanna Stark had just designed. Robinson kept his doubts to himself. Then, Neugeborn came to the point.

"You're probably the person who knows him best, John. His habits, where he's likely to hole up, how he might react when we corner him, and so on."

"All that is true, Fred," Robinson had replied. "But what you really want me for is bait. It's the same old story, but with you pulling the strings this time, instead of Scott. He's not going to be there, is he?"

"Of course not. Don't you remember, he's not in the loop, anymore."

Robinson had not previously been told of Scott Peters' relegation, but he had surmised as much. He thought about "loops" for a moment, remembering how, in October 2013, Festus Fakile, or FOF, the Nigerian policeman, had complained of being marginalized. They had been speculating about why Geistmann had turned up in the hinterlands of Nigeria, on FOF's turf.

The policeman had said, "I have no idea why such a man would turn up here. His presence is as surprising as ... I'm completely out of the loop, you see."

And Robinson also recalled how it had been none other than Neugeborn, himself, who had later explained to Robinson exactly why FOF had been marginalized. Did Fred remember this exchange? Later, of course, the marginalized policeman was the one who had made a key suggestion that led to the apprehension of Onijekuje, one of the four leaders of the Pan-African Cartel -- or would have led to his apprehension, if Geistmann had not spectacularly murdered him first.

Robinson acceded to Fred's request without giving voice to his doubts about the plan, which sounded uncomfortably close to those that had led to the fiascos eleven years before. Fred thanked him, they went over a few more details, and that was that.

Then, Robinson had girded his loins and returned to the living room to announce his decision. Judy's response was as expected. After all, they had been home scarcely two weeks, hardly long enough for any of them to settle back into their routines. As he also knew, all of the recent moving around had been especially hard on the children. Speaking from the heights of professional expertise, Judy had reminded him that "young children thrive on routine."

So, when she added, "Just don't come back," he realized that, even if his luck with Geistmann held, and he did return, there would be a heavy price to pay. But, taking all this into consideration, he did not call Fred back to say that he could not go, after all. Instead, he wondered how many pairs of socks to pack, and rationalized that he still had two days in which to bring Judy around, by acting like a model husband -- without being too obvious about it.

He started by saying, "I have to be back at the library by three-thirty for a meeting, Hon. I could get the kids from school, first, then do the shopping on my way home after the meeting. Unless you want me not to come back." He hurried from the room before she could throw something at him.


A few minutes later, in Kyoto, where it was 3 a.m., a member of the excellent technical staff of the Takaguchi-Gumi organization woke the oyabun, Harito Yurei, to report the interception of Scott Peters' phone call. Within ten minutes, Yurei had listened to the intercepted call three times.

"Well, well," he thought, "so it's back to beikoku." (As he knew, this kanji for "America" also meant "rice.") He woke his P.A. and directed him to book five round-trip seats to Asheville, North Carolina. The outbound flight should be on Thursday morning, March 8th, arriving Friday morning, March 9th. The date of return should be left open.

"This will be twice," the oyabun calculated, "within four days. Even with the time difference, which I believe is thirteen hours, one less than to Chicago, this flight will take a full day and night. Whew! And now that I know the madman is completely unpredictable, I must be better prepared for his tricks. I must also remember to have Yukio pack my Dramamine tablets." Yukio was the oyabun's wife.

The tickets were booked; the Dramamine, packed; and the operation, planned. Awakening at dawn on Thursday, Yurei spent a quiet hour at his butsudan, burning incense and grieving in front of a large photograph of his favorite bodyguard, Kaito. When he finished, he closed the shrine and replaced the white sheet of paper that covered it. Even a good friend must be kept from sending his impure spirit back to harm the living. Then, accompanied by four trusted and experienced warriors, whom he hoped would be able to protect him, Yurei set out on his mission of fukushu [revenge].